Meet Chris McKay. Chris is a Wiradjuri man and PhD candidate at our Melbourne School of Population and Global Health. He is based in the Indigenous Epidemiology and Health research group and his research focuses on the health and wellbeing of Aboriginal and Torres Strait Islander adolescents. 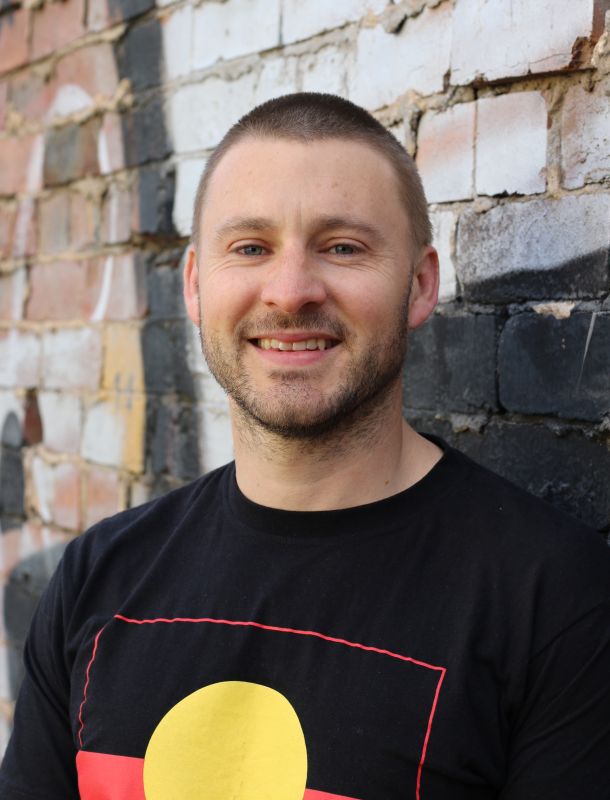 Before joining the University of Melbourne, Chris worked as a science communicator at CSIRO. There, Chris realised that while he enjoyed telling stories about great science, he wanted to tell his own. “I was particularly inspired by the Aboriginal and Torres Strait Islander researchers I met while working there and seeing how they were combining their passion for science with a focus on community,” he said.

“I wanted to be working with more Aboriginal and Torres Strait Islander people and to be more directly focused on issues that are important to us.”

The same year Chris enrolled in epidemiology subjects at the University of Melbourne, leading public health expert and Noongar woman Professor Sandra Eades was appointed as the Faculty of Medicine, Dentistry and Health Sciences’ new Associate Dean (Indigenous). Professor Eades, who has played an influential role in improving the health of Aboriginal communities across Australia, began looking for PhD students to assist her research. This fortuitous timing meant that Chris began his PhD with Professor Eades as his primary supervisor, investigating the contextual social, cultural and environmental factors that are important for Aboriginal and Torres Strait Islander young people to maintain good health.

“Currently, one of the major gaps we have is good evidence about the health of Aboriginal and Torres Strait Islander people during adolescence and what opportunities there are during that phase of life to reduce the risk of preventable chronic diseases that emerge in adulthood, such as diabetes and cardiovascular disease,” said Chris.

“My research is part of a larger study, the Next Generation Study, which is Aboriginal-led, designed and implemented in partnership with Aboriginal community organisations around Australia.”

“Indigenous health leaders best understand the Indigenous context in Australia and the importance of culture and community to health. Having more of them will help ensure that the research undertaken and health programs and services provided are the ones most needed by Aboriginal and Torres Strait Islander communities.

“Big epidemiological studies require lots of people working together to be successful, particularly in Indigenous health. We have an amazing team of collaborators on the study I work on: Aboriginal research officers in the field with strong community networks that are vital to the success of the study; Aboriginal health organisations that know their communities well and the most important areas requiring further research; and a team of investigators who are experts in various health disciplines.”

The findings from Chris’ research will contribute new information about the health status of young people in communities he’s working with. He hopes it will also help answer questions about whether current health guidelines are adequate, and inform appropriate interventions and health services.

Unlike his data-driven, epidemiological approach to research, Chris shares that diversity in an organisation isn’t all about the numbers. “It’s not just about increasing numbers of Aboriginal people, or people from other diverse groups,” said Chris.

“We don’t simply want more opportunities to join institutions in their current form, to become part of the status quo. We want to know that the institution is actively changing itself, becoming more culturally safe and less colonial.

“So just as important as increasing diverse representation, is anticipating and encouraging the structural change that diverse voices can bring, if supported, without placing the burden for making those changes on our shoulders.”

When he finishes his PhD, Chris hopes to continue researching priority health issues for Aboriginal and Torres Strait Islander people in a postdoctoral role. He’s also eager to be involved in teaching, as well as efforts to improve Indigenous governance and ownership of health data.