"I was shocked when I moved to Melbourne, needed to see a doctor and was given an appointment that same day. That’s why I’d like to become a GP in a rural or remote area – to help address the health deficits there." 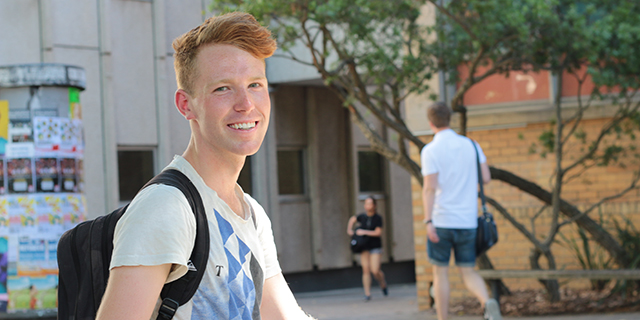 Josh Murray’s family have been part of the fabric of Glenthompson’s farming community for five generations. Josh spent his childhood in the small community between Hamilton and Ballarat and was one of only 16 children at the local primary school.

He then enrolled at Monivae College in Hamilton and discovered an interest in medicine and science that has seen the 22-year-old move to Melbourne to pursue a Bachelor of Biomedicine and a Doctor of Medicine (MD) at the University of Melbourne.

But Josh, a first-year MD student, will return to his rural roots as soon as he qualifies as a GP.

"When I was growing up there was one dentist and one doctor’s clinic in Hamilton. You might wait three months for a dental appointment and wait for a week to see the doctor," says Josh.

"I was shocked when I moved to Melbourne, needed to see a doctor and was given an appointment that same day. That’s why I’d like to become a GP in a rural or remote area – to help address the health deficits there. You read about health deficits in the country but when you live there, you really appreciate what those deficits are. The stereotype of the stoic farmer who doesn’t go to hospital when he injures himself is pretty much a reality."

Josh decided to study at the University of Melbourne after taking part in a summer school for VCE students when he was in Year 12.

VCESS sees the University’s students volunteer to tutor more than 500 students from disadvantaged backgrounds, including students from rural and regional Australia.

"I was keen to pay back so I’ve tutored students in biology and I really enjoyed it. I found the program amazing and it inspired me to go to University and to follow my career pathway," says Josh.

The move from Glenthompson – population of around 232 – to Melbourne was a major transition but Josh has settled in and is focused on completing his studies so he can help rural communities in the future.

"I’d never caught a tram in the city and getting around was a bit scary at first but moving to Melbourne has been a great experience – although I miss my miniature dachshund, Hildy, and waking up to a view of the Grampians!"

Find out more about the Doctor of Medicine

Find out more about the Bachelor of Biomedicine