The Faculty of Medicine, Dentistry and Health Sciences congratulates Professor Malcolm McConville and Professor Shyamali Dharmage, who have been named as Redmond Barry Distinguished Professors. Established by the University in 2014, the Redmond Barry Distinguished Professor title is a significant accolade, which recognises professors who have demonstrated either pre-eminence in research or creative activity, or pre-eminence in research and teaching. 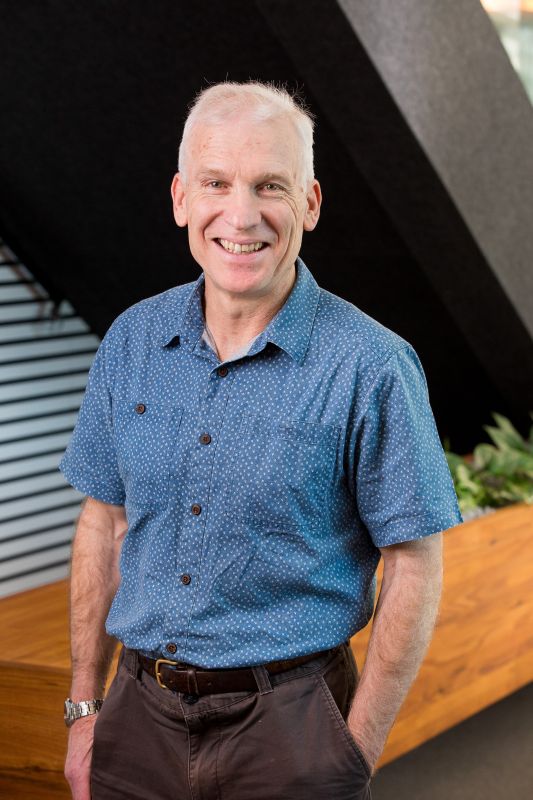 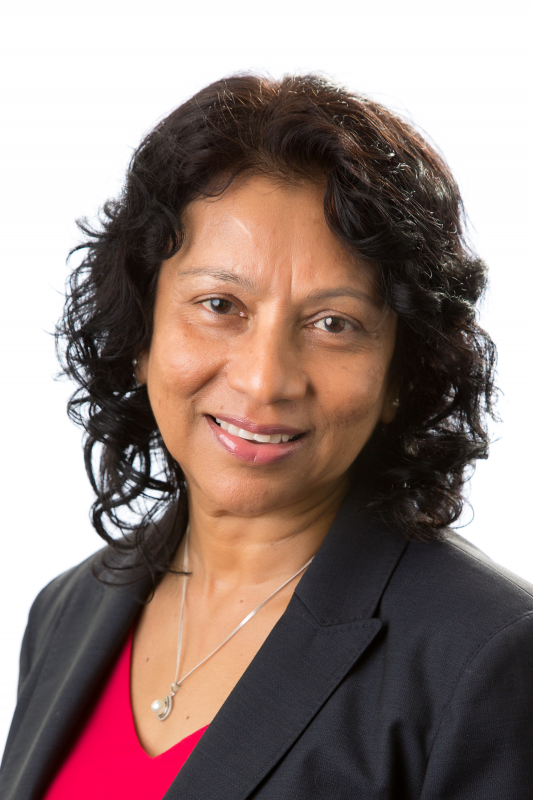 Professor Malcolm McConville (L) and Professor Shyamali Dharmage (R) have been recognised as leaders in their fields of research.

Existing professors within the University can be nominated for the title and must also show outstanding leadership in the University and the wider community. Nominations are considered by the University’s Distinguished Academic Awards Committee and approved by the Vice-Chancellor.

The title is awarded in honour of Sir Redmond Barry’s contribution to the University and commitment to public learning.

Professor Malcolm McConville has been a strong and dedicated campaigner for advancing the cause of science and medical research at the University of Melbourne over several decades. He has demonstrated exceptional productivity, contributed to research and technology development through his leadership of major research themes in the understanding of metabolism and tropical parasitic infections such as leishmania, malaria and toxoplasma.

Professor McConville is National Convenor of Metabolomics Australia, an Australian Government National Research Infrastructure for Australia (NCRIS) funded network of facilities and node leader in metabolomics at the University of Melbourne, housed at the Bio21 Institute in the Margaret Sheil laboratories.

Insulin is a commonly known metabolite that is affected in people with diabetes. ‘Metabolomics’, like genomics, preteomics, lipidomics, is an approach to studying the whole picture of metabolic activity, rather than just one metabolite.

Rather than simply seeking mutations that cause disease in genetic and genomic approaches, the study of metabolism, allows you to see how the effects of these mutations on the function of cells, tissues and whole-body systems.

Using molecular separation techniques such gas chromatography (GC) or liquid chromatography (LC) coupled with mass spectrometry (MS) instruments, it is possible to obtain a picture of all the active metabolites in cell and tissue samples. This approach allows researchers to understand what is taking place in the metabolism of cells and tissues in diseases such as diabetes, cancer and neurodegenerative diseases, but also in parasites.

Professor McConville has applied metabolomics to the study of parasites, uncovering important clues as to how they use unique strategies to obtain food from their host and metabolise it. For example, Professor McConville and his team discovered that the parasite Leishmania uses a previously unknown enzyme to extract the sugars from its host. This makes it possible to develop drugs that target to block the enzyme.

Leishmaniasis is a sandfly-borne disease caused by Leishmania parasites. This tends to be a neglected tropical disease with millions of people infected in many regions of the world, including the Middle East, Africa and Central America where there are regional conflicts and breakdown in health services.

His appointment as a Redmond Barry Distinguished Professor is a worthy recognition of his work.

His research standing is clearly demonstrated by his achievements.

Professor McConville has established an international reputation across the fields of molecular parasitology, glycobiology and metabolomics and collaborating widely across scientific disciplines. In the last five years alone, he has published over 350 papers.

Those who know him, talk of his evidence of continuous productivity; whether it be his success with grants, his mentoring of students, his advocacy for medical research or his remarkable publication record.

His current positions include, Associate Director, Infrastructure and platforms, Bio21 Institute of Molecular Science and Biotechnology and served in the role of Acting Director and Director of the Bio21 Institute from 2015 to 2017. He is the National Convenor, Metabolomics Australia, Academic Lead, Metabolomics Australia, University of Melbourne node and NH&MRC Principal Research Fellow Professor, University of Melbourne.

He has been awarded 18 NHMRC project grants (11 as CIA) and been a CI on two consecutive NHMRC Program Grants (one of which was awarded ‘Ten of the Best Projects’ by the NHMRC).

He has held eight ARC Discovery and two ARC Linkage grants. He has been successful in obtaining international funding including a Howard Hughes International Scholars award, four NIH grants (one current) and a Bill and Melinda Gates Foundation grant (current).

He has also contributed to the development of parasitology, glycobiology and metabolomics through his extensive involvement in undergraduate and graduate training and mentoring the next generation of researchers. He has supervised a total of 20 PhD candidates (14 completions), seven Masters students and 31 BSc Hons/International Diploma students. He has also supported and mentored more than 31 post-doctoral scientists, many of whom have now attained senior positions in Australian academic and industry sectors.

Professor McConville has demonstrated an exceptional capacity for collaborative research across disciplines on an international and national scale and pioneered the development of cutting-edge technology platforms in the life sciences. This has had a clearly outstanding international impact on the research fields of parasitology and metabolomics.

His findings are a genuine leap forward in understanding the possibilities of applying the study of the whole metabolism to understand and develop treatments of diseases such as cancer and neurodegenerative diseases, as well as parasitic and infectious diseases.

As a doctor, a respiratory epidemiologist and public health physician, Professor Dharmage is helping to change the future through her remarkable research, the application of her findings to improve clinical care and her careful mentoring of new and emerging leaders.

Professor Dharmage’s studies have become the cornerstone in understanding early life allergies as a risk factor for life-long respiratory health.

As a key leader in her field, she is responsive, adaptive, open and engaged with a range of professionals and the community. Her tireless efforts for high standards in respiratory health brings credit to the University and to our faculty.

Professor Dharmage is the deputy director of the Centre for Epidemiology and Biostatistics and founded the Centre’s Allergy and Lung Health Unit.

With a national and international reputation, Professor Dharmage has been a keen contributor to many boards and scientific committees.  Her insight and intellectual rigour, coupled with her considered and compassionate approach, has made her a highly sought-after collaborator.

Her achievements are many and varied; she has conceived, developed, won grants for, and now leads an internationally recognised research program on allergies and lung health. She has sustained outstanding levels of research achievement, as demonstrated by her publication and funding track records; over $74m in total.

Those who know and work with her say that her energy and compassion is boundless, and you can almost be guaranteed a near instant reply email from her if you message at 1.00am.

She has a keen intellect and is able to learn from her collaborators and build new perspectives into her own research.  A key to Professor Dharmage’s success has been her sustained contributions to the career development those around her, supporting her staff and students to develop their passion and programs.

This focus on supporting others around her has helped lead to the constant growth of her Unit, as many of her team obtain external fellowships and grants.  She has an internationally recognised ability to re-invigorate existing cohorts into key research infrastructure to address pressing research priorities.