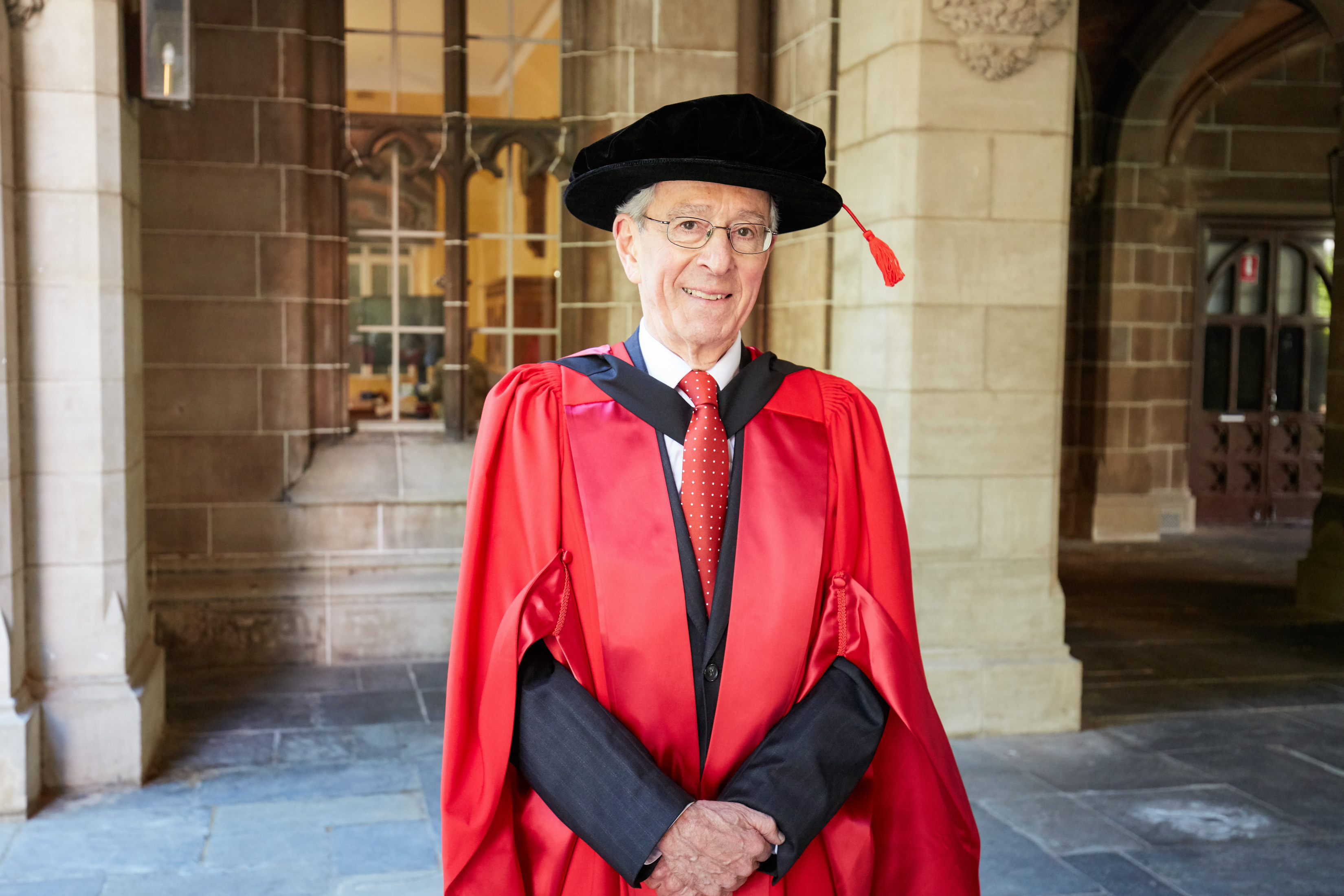 As the second most commonly diagnosed cancer in Australia and the second most common cause of death from cancer overall, bowel cancer poses clear challenges to governments and health providers. If caught early enough the chances of survival are better than for many other cancers and developing and implementing a public health response to this has required evidence, leadership and vision.

Professor James St John has made internationally significant contributions to the research evidence that underpins the case for early detection and screening of bowel cancer and been highly influential in developing Australia’s landmark policy response to this public health threat - the National Bowel Cancer Screening program.

After graduating MBBS from the University of Melbourne, James St John undertook physician training in Australia then in London, returning to academic and clinical roles at Monash University and the Alfred Hospital before taking on the directorship of the Department of Gastroenterology at the Royal Melbourne Hospital (RMH) and renewing his relationship with the Melbourne Medical School. Over the ensuing 24 years, he developed the most clinically and academically productive gastroenterological department in Australia, internationally renowned for its expertise, in particular on gastrointestinal malignancies. He has continued to be involved in teaching and maintains a close relationship with the Melbourne Medical School on the school’s honorary staff.

His research has made important contributions in a number of areas, including the effect of aspirin on the stomach and gastrointestinal blood loss; population screening for bowel cancer; familial bowel cancer; as well as general clinical gastroenterology. He has published 180 peer-reviewed papers over his career, many in leading clinical journals in his field and which continue to be highly cited.

Many of Australia's leading figures in clinical and academic gastroenterology trained at RMH under James St John’s leadership, a number of who now fill major national and international leadership positions. His expertise is sought widely by colleagues, governments and consumer advocacy organisations. He has been frequently invited to present at international scientific meetings and is a reviewer for many of the leading journals in his field.

He has made major contributions to the development of policy and clinical guidelines for Cancer Council Australia and continues to hold a major leadership role as an Honorary Senior Associate at Cancer Council Victoria where he is actively involved in developing, leading and publicising cancer prevention programs. He has also made distinguished contributions to the Royal Australasian College of Physicians, in particular as Chair of the Specialist Advisory Committee for Gastroenterology, the Royal Australian College of General Practitioners, the World Organisation of Digestive Endoscopy, the Asian-Pacific Association of Gastroenterology, and the WHO Collaborating Centre for Prevention of Colorectal Cancer.

Awarded Life Membership of the Gastroenterological Society of Australia in recognition of his contributions in many leadership roles, including President, James St John was also one of the inaugural inductees of the RMH Research Hall of Fame, has received the RMH Award for Service to Health, and been made a Member of the Order of Australia for his research into the causes and early detection of colorectal cancer.

Professor James St John is recommended for the degree of Doctor of Medical Science (Honoris Causa) for his sustained and distinguished leadership of gastroenterology and advancement of cancer prevention and early detection through the development and introduction of the National Bowel Cancer Screening program.