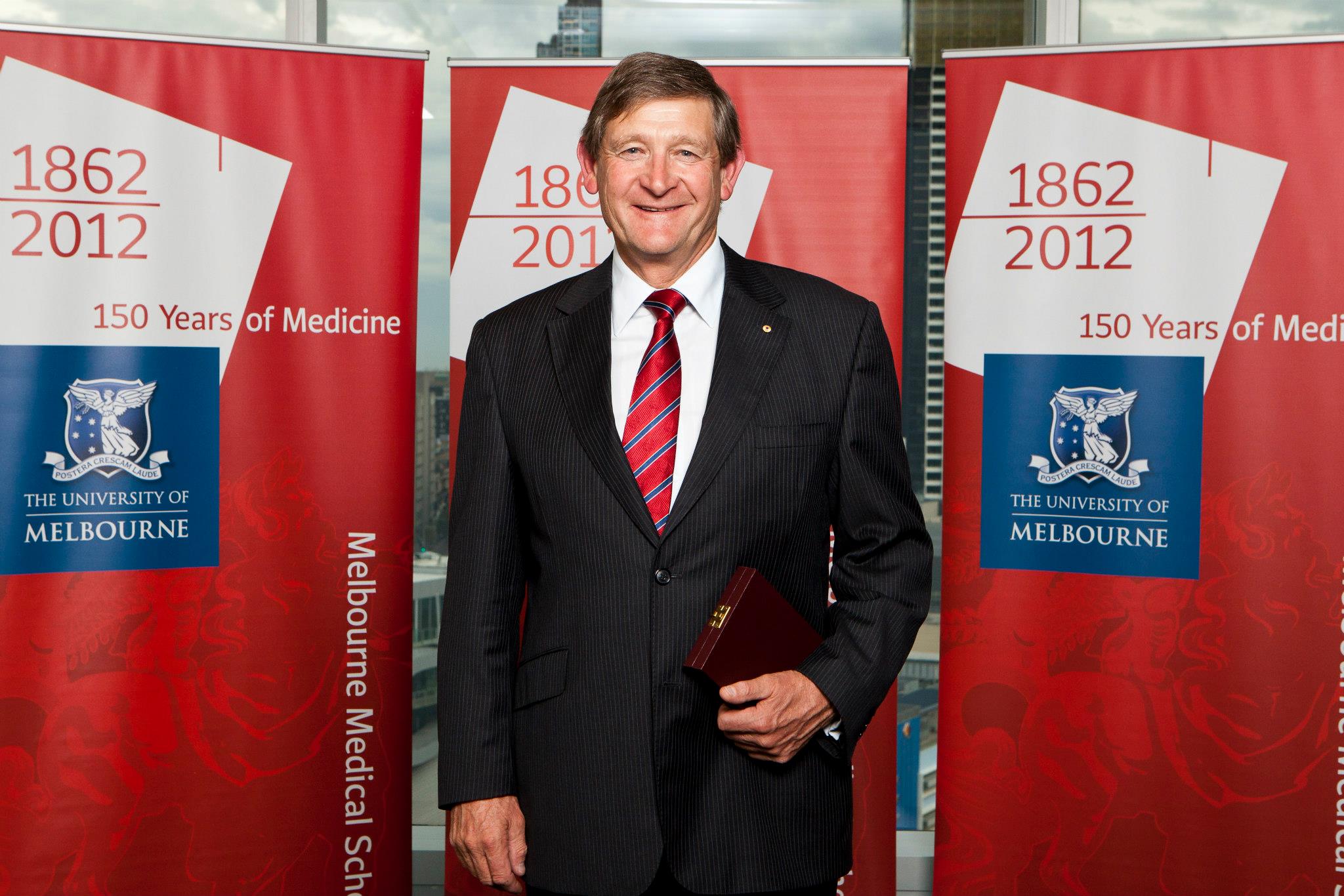 James Alexander Angus graduated in Science from the University of Sydney in 1970 and completed his PhD there in 1974. An NHMRC CJ Martin Fellowship enabled him to work with eminent pharmacologist and later Nobel Laureate, Sir James Black from 1977 to 1978 at University College London and at the Wellcome Research Laboratories. He returned to Australia, working at the Baker Institute as NHMRC Senior Principal Research Fellow in the field of cardiovascular pharmacology and was appointed to a Personal Chair in Pharmacology at Monash University in 1992.

James Angus chaired the development of the Indigenous Health Curriculum Framework, published in 2004, and, during his tenure as President of the Medical Deans of Australia and New Zealand from 2009 - 2011, was a champion of Indigenous issues. His support of Medical Deans Indigenous health projects, in particular the Leaders in Indigenous Medical Education (LIME) network, has been invaluable to their development and implementation, making an outstanding contribution to the education of medical students in aspects of Indigenous health.

James Angus has been a recipient of many distinguished awards: the Gottschalk Medal of the Australian Academy of Science (1984), Australia's Centenary Medal for contribution to Pharmacology and the Community (2003), and an appointment as Officer of the Order of Australia (2010) for distinguished service to biomedical research, particularly in the fields of pharmacology and cardiovascular disease, as a leading academic and medical educator, and as a contributor to a range of advisory boards and professional organisations both nationally and internationally. He is a Fellow of the Australian Academy of Science and has been a member of its Council.

A First Vice-President of the International Union of Pharmacology (IUPHAR) James Angus was also President of the Australasian Society of Clinical and Experimental Pharmacologists and Toxicologists. His current roles include directorships of the Walter & Eliza Hall Institute, Mental Health Research Institute, Melbourne Health, Incorporated Joint Venture of the Parkville Comprehensive Cancer Centre, Victor Smorgon Institute at Epworth Pty Ltd and Victorian Institute for Forensic Medicine. He is the Honorary Secretary, Victorian Rhodes Scholarship.

James Angus’ work in these many important roles throughout scientific and academic circles have brought distinction to the Melbourne Medical School and have facilitated its sustained high standing in those and wider communities.