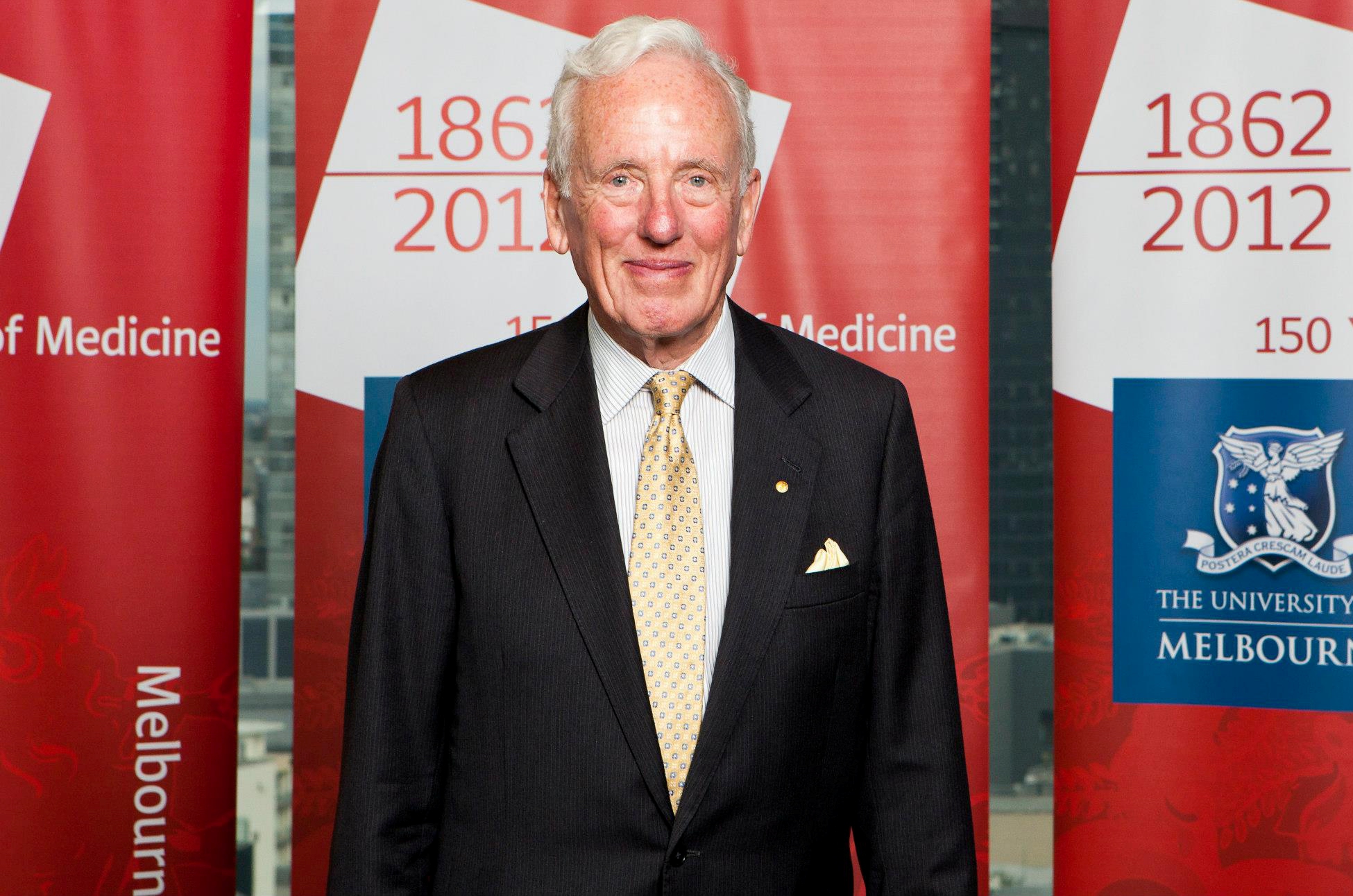 As Medical Dean from 1978 to 1985, David Penington was a respected spokesperson for the medical profession and an influential adviser to governments on medical and public health issues.

Some of David Penington’s most notable achievements during this period included: the development of new approaches to undergraduate medical education and curriculum reform; the redevelopment of administrative infrastructure with clear lines of responsibility and delegation which saved academic time spent on administration; and the introduction of a more open and effective allocation of resources. His strategy included an expansion of graduate students working toward higher degrees and the development of postgraduate programs.

During David Penington’s leadership of the Medical School he responded positively to government and community concerns about access to the medical course for socially and educationally disadvantaged students. Schemes for disadvantaged Victorian applicants and programs to prepare and admit refugee medical students, principally from Vietnam, were successful developments during this period.

David Penington also exerted significant national influence during his leadership of the Medical School. He chaired the National Blood Transfusion Committee of the Australian Red Cross Society, (1977-83) and led Australian aid programs to establish modern blood transfusion in Nepal (1978-81), and to modernise blood transfusion equipment in China (1978-82). He was a member of the National Health and Medical Research Council (1980-85) and chaired the federal body which came to be known as the National AIDS Task Force (1983-87) and undertook critical work at the early stage of this epidemic. The report from the Commonwealth Inquiry into Rights of Private Practice in Public Hospitals (1984), produced under his chairmanship, was widely acclaimed as a landmark in the development of health policy in Australia.

In 1986, recording appreciation for David Penington’s leadership of the Melbourne Medical School, his successor, Graeme Ryan, wrote the following:

In stepping aside from the Deanship, David Penington can look back with much satisfaction in terms of his achievements, his leadership, his personal style and the stature that he brought to the position within and outside the University, he will be remembered as a truly great Dean of Medicine.