Summary Dental morphology research in the lab addresses the question of the reliability of teeth for determining the evolutionary relationships among human ancestors.

We study patterns of speciation and genetic diversification in the dentition of living and fossil apes. How dental morphology changes in response to evolutionary processes is important for determining the relevance of teeth for recounting the story of human evolution.

Non-metric or discretely occurring dental traits play an important role in understanding gene flow patterns and reconstructing the systematics and evolutionary relationships of fossil apes and humans. Dental plaques documenting variation in discrete dental traits in extant apes and recent humans are being used to determine the genetic affinity and migration patterns of archaeological populations of modern humans and ancestral humans and apes. 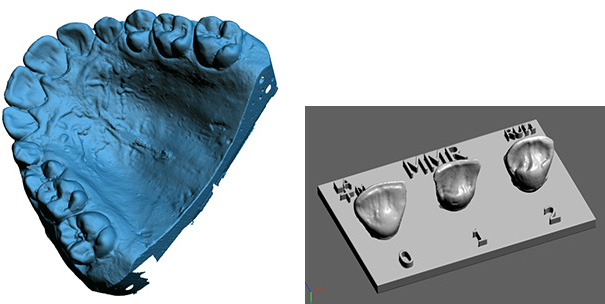 Population systematics of the present-day apes

Chimpanzees, gorillas, orang-utans and gibbons share a high proportion of genetic material with humans. Their evolutionary history and present day patterns of geographic distribution are of relevance for understanding the diversification of human ancestors. Large samples of dental specimens from museums in the USA and Europe are being used to study the taxonomy of the apes. These provide the background for addressing questions regarding species designations and distribution patterns of fossil hominins.

Taxonomy and phylogeny of fossil apes and humans

The fossil evidence for apes and humans is mostly in the form of teeth and is found in Africa, Europe and Asia. The dental sample of present-day apes provides the comparative material to study the species distribution patterns and evolutionary inter-relationships of the Miocene and Pliocene apes and fossil humans. The enamel-dentine junction is the developmental precursor for the occlusal enamel surface. New non-destructive scanning techniques allow us to compare dental morphology at the outer enamel surface with the enamel-dentine junction to get a better understanding of the homology of dental traits so as to understand their evolutionary significance. Dental traits that are taxonomically and phylogenetically relevant among apes and humans are being studied at the enamel dentine junction to study the relevance of dental morphology for fossil studies.

PhD, Masters by Research, Honours, Master of Biomedical Science
Students who are interested in joining this project will need to consider their elegibility as well as other requirements before contacting the supervisor of this research

For further information about this research, please contact a supervisor.