It is with great sadness that we acknowledge the recent death of Professor Emeritus Derek Denton AC FRS FAA FRCP FRACP LLD (Hon). 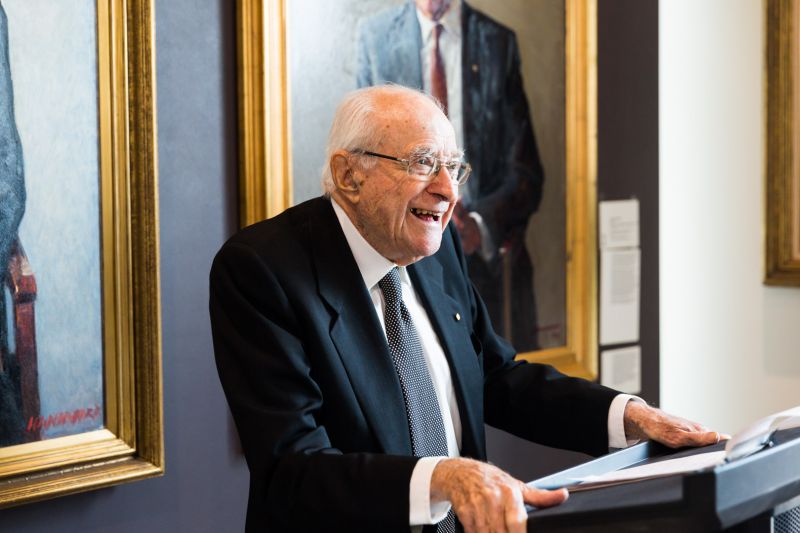 An eminent Australian scientist recognised internationally for his ground-breaking research, Professor Emeritus Denton’s discoveries traversed several areas of interest, including the regulation of chemical balances in the body through genetically programmed brain mechanisms and most notably the bodily regulation of salt and water. Alongside his colleagues, he made pioneering contributions towards intensive care medicine through advancing the real-time assessment of body chemistry balance post-operatively and in trauma cases.

He demonstrated great vision and courage advancing medical research in Australia, bringing together major philanthropists from around the world to establish the Howard Florey Institute of Experimental Physiology and Medicine in 1960. Known today simply as The Florey, the institute has become one of the largest and most respected brain research centres in the world.

His passing represents a significant loss to the Australian scientific and medical research community. Professor Emeritus Denton has left a legacy of discovery and leadership that will be remembered for many years to come.

The Faculty of Medicine, Dentistry and Health Sciences passes on our sincere condolences to Professor Emeritus Denton’s family and friends.