The end of the Stethoscope? Watch this space.

A new light-weight portable ultrasound device is now being used at the Royal Melbourne Hospital (RMH).
The ultrasound connects with your smartphone so staff can use the device anywhere in the hospital. 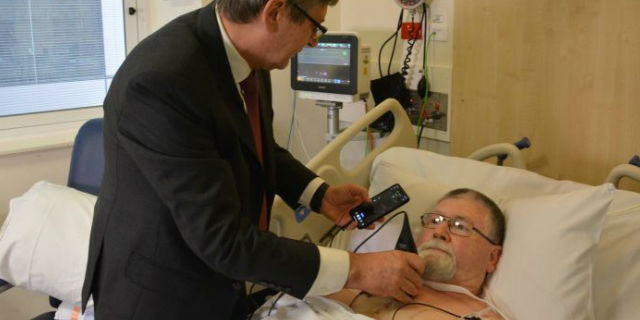 Professor Alistair Royse, RMH cardiothoracic surgeon and University of Melbourne Medical School acting head of surgery, said the fact it connects with your phone is revolutionary in communicating between teams and departments around the hospital.

The portable device can be used in many ways, including for the lungs to look for fluid in the chest or lung collapse, as a heart ultrasound, for investigating clots in the leg, or to help guide placement of a needle into an artery or vein by imaging the passage of the needle through the tissues in real-time.

The technology uses ultrasound and a smartphone app to help detects leaks, murmurs, abnormal rhythms and other problems in the heart, lungs and elsewhere.

Not quite the end of the road for the stethoscope…… but!