Mental ill-health affects all Australians across their life span – whether it’s a personal experience of anxiety and depression or playing a support role to a family member or friend.

In celebration of Mental Health Week (9–15 October), we profile some of the leading mental health research occurring at the University of Melbourne’s Department of Psychiatry.

These researchers are making great progress in the areas of infant and parent attachment, support for carers, improving treatment for people with depression, and preventative strategies.

Merely a snapshot of the work underway, the profiles demonstrate the university’s commitment to improving the social and emotional wellbeing of people living with a mental illness and their loved ones. 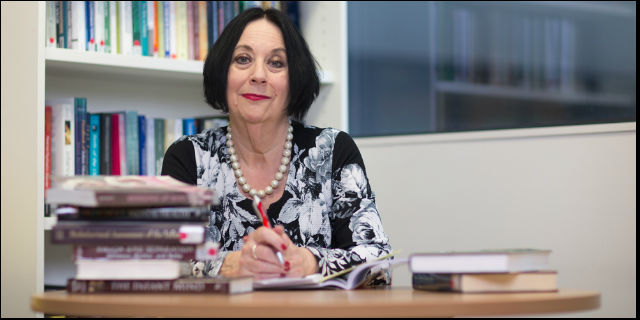 Promoting a healthy start to emotional life: Professor Louise Newman
A healthy start to emotional life begins in infancy with the quality of attachment between a baby and its parent. The parent’s capacity to help the infant deal with emotions is the beginning of healthy self-development, emotional regulation and trusting relationships. For some parents, forming a relationship with the infant may be more difficult because of risk factors including anxiety, depression or perhaps having had problematic early experiences themselves.

The University of Melbourne’s Professor Louise Newman is leading the Building Early Attachment and Resilience (BEAR) program at the Royal Women’s Hospital, an early intervention mental health program aimed at promoting parents’ understanding of their infants and helping support them in this role as attachment figures. Parents learn how to deal with any past stresses they have had and about the social communication of infants.

The program is divided into two parts: the first is the antenatal intervention ‘Mindbabybody’ that aims to reduce maternal anxiety and stress. The postnatal intervention ‘Parenting with feeling’ is a 10-week group-based program for parents who may be experiencing mental health difficulties. The program builds on their capacity to read the emotional cues of their infants and to respond in a sensitive and attuned manner.

Professor Louise Newman will present some of her research at the BEAR Study Symposium on Monday 10 October at the Royal Women’s Hospital. 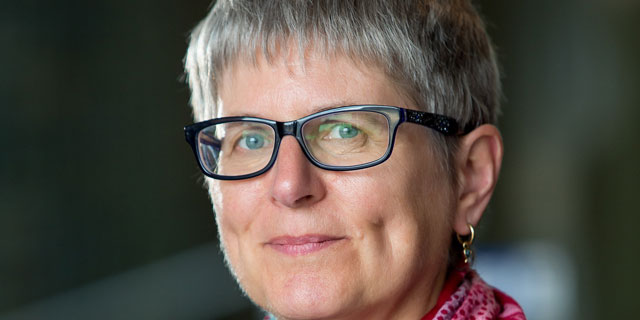 Drawing from a 2010 Australian national survey of psychosis that included a study of 98 carers, Professor Harvey found that carers had a poorer quality of life than the rest of the population, and that two in five had probable depression or anxiety. If the relatives they cared for were functioning poorly, the situation for carers was also worsened. A companion study also found that carers had little contact with the mental health workers assigned to their relatives.

Professor Harvey and her team, which included a community-based mental health service, conducted an intervention program for 38 carers and their relatives in Melbourne’s north-west. During the program, carers reported a need for more information on mental illness and how to better help their relatives. They wanted to improve communication and reduce conflict with their unwell relative and have more time to themselves to spend as they wished – studying, working or being with friends and family.

When workers involved and consulted with family as part of the program, carers felt the burden had lessened significantly while their relatives reported substantial improvements regarding their symptoms and behaviours, quality of life and their rating of family functioning. In response, Professor Harvey developed a training plan for mental health workers to develop a more family-inclusive culture. This included employing family members trained to provide other families with support.

Professor Harvey said “The impact on participating families has been very positive overall, with carers reporting they received beneficial emotional and practical support”.

From here, Professor Harvey would like to develop and test ways of working with families that are brief enough to be practical for services but intensive enough to make a real difference in the lives of carers and the relatives they support. 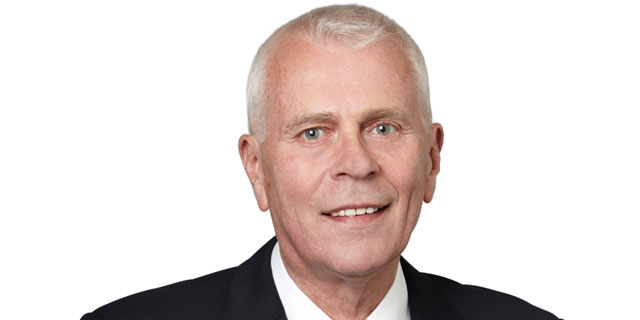 When he was diagnosed with the disorder more than 30 years ago, the main source of treatment was a medical model with a focus on controlling symptoms. Fortunately for Anthony, his mother – a doctor – worked on a holistic approach to his recovery, several years before academic studies existed on its effectiveness.

The recovery-oriented approach that Anthony promotes encourages people with mental health problems to focus on their hopes and aspirations of living a fulfilling and contributing life, with or without symptoms.

As part of this approach, mental health practitioners work in partnership and engage meaningfully with people. Rather than highlighting problems and needs, the practitioners focus on supporting and building people’s strengths, resources, resilience and ability to manage their life.

With the support of the University of Melbourne’s Professors Ian Everall and David Castle, Anthony developed a core module on recovery, now delivered as part of the Master of Psychiatry degree. The first of its kind in Australia, the module focuses on a person-centred holistic approach that includes shared decision making. It also addresses the introduction of peer support workers – people with a lived experience who help facilitate another person’s journey. The module has received positive evaluations and psychiatrists are embracing the approach.

As well as his position at the University of Melbourne, Anthony is the Senior Advisor Lived Experience at Mind Australia, an Honorary Fellow in the Melbourne School of Population and Global Health, a Visiting Scholar at Yale University School of Medicine, and an Expert Advisor to the World Health Organization QualityRights Project, Geneva. 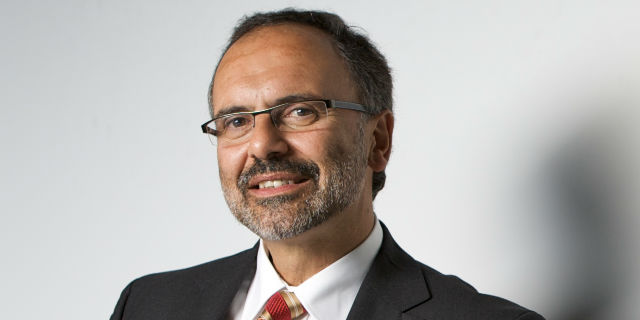 New scholarship for schizophrenia research: Professor Christos Pantelis
As a child, the Department of Psychiatry’s Professor Christos Pantelis spent much time with his aunt Paraskevi who suffered with schizophrenia. Born in Greece, Paraskevi started displaying symptoms of the condition in her 20s. During the early phase of her illness she had some acute episodes of illness that were distressing for her and her family. However, she then was able to manage the condition reasonably well despite experiencing delusional ideas and hearing persecutory voices. She felt very protective of her young nieces and nephews including Christos, whose parents Nikolaos and Dimitra worked hard to provide a normal life for her.

Having seen his aunt’s distress up close, young Christos pursued studies in psychiatry – completing his medical degree at the University of Melbourne and training at St Vincent’s Hospital. Moving to London in 1983, he worked at the Royal Free Hospital in London before being appointed lecturer at Charing Cross and Westminster Medical School in 1987.

In 1992, he was awarded the Royal College of Psychiatry Lilly Travelling Fellowship and a Travel Fellowship from the King Edward's Hospital Fund for London. This provided a unique opportunity to work with international leaders in schizophrenia research – Dr Richard Coppola and Dr Daniel Weinberger at the National Institute of Mental Health (NIMH) in Washington DC – where he developed a technique for volumetric analysis of MRI brain scans.

He then returned briefly to the UK as a Research Fellow before coming home to Melbourne with his wife Kimberley. Here, Professor Pantelis worked at the Mental Health Research Institute and at Royal Park Psychiatric Hospital. He established the Cognitive Neuropsychiatry Research Unit, which was initially based at the Mental Health Research Institute until 2000, and then at Sunshine Hospital, where he continues his clinical work looking after patients with severe forms of schizophrenia.

Throughout his career, Professor Pantelis has been dedicated to producing the best outcomes for those most disadvantaged by severe mental disorders. Most recently, Professor Pantelis has established a travelling scholarship in his parents’ names for a young researcher at the University of Melbourne studying schizophrenia to attend an international conference and present their findings. The ‘Nikolaos and Dimitra Pantelis Travelling Scholarship’ is a tribute to his late parents who, as well as being devoted in their care for Paraskevi, encouraged their children to succeed academically.

Professor Pantelis said: “My parents held the University of Melbourne in very high regard and knowing that there is a scholarship in their name would make them very happy. I was lucky enough to receive a travelling fellowship early in my career and I’m very pleased now to be able to assist a young researcher in their pursuit of improved treatments for schizophrenia.” 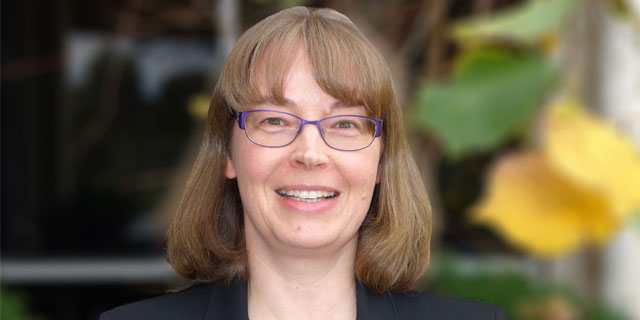 Maintaining cognitive and mental health in older age: Professor Nicola Lautenschlager
It’s never too late to start is the message from Professor Nicola Lautenschlager and her team at the Academic Unit for Psychiatry of Old Age (AUPOA) when they urge middle-aged and older people to adopt protective behaviours to better their chances of maintaining cognitive, mental and physical health as they age.

Most recently, Professor Lautenschlager contributed to the Global Council on Brain Health’s first evidence-based consensus report on physical activity for brain health. The report concluded that leading a physically active lifestyle – including walking and strength training – can have a positive impact on brain health and reduce the risk of cognitive decline.

Professor Lautenschlager is seeing this in action as she leads the INDIGO study in collaboration with the National Ageing Research Institute. The study investigates whether inactive older adults with memory complaints can succeed in becoming more physically active by participating in an exercise program. INDIGO’s focus is on how to best achieve behaviour change and whether individual goal setting and regular support from mentors of the same age is effective.

The AUPOA team also conducts research into the benefits of activities for older people who already have cognitive impairment or live in residential care facilities. One such project – led by Professor Lautenschlager’s colleague Dr Samantha Loi – seeks to slow down cognitive and functional decline for people living in residential care through the use of computer tablets that encourage positive experiences, social connections and improved quality of life.

Professor Lautenschlager said: “Physical activity has enormous benefits for people at all stages of life but it is key to healthy ageing. It’s also important to eat a balanced diet, keep an eye on stress levels and stay mentally active by reading, having an active social life and enjoying new hobbies”.