Professor Melissa Little has been named the new head of the Stem Cells Australia initiative by the University of Melbourne. 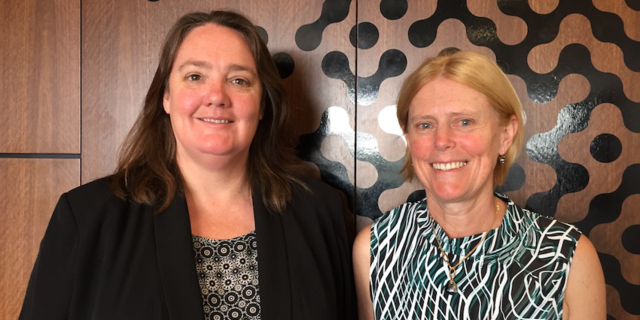 Stem Cells Australia (SCA) was established in 2011 with the support of the Australian Government through the Australian Research Council’s Special Research Initiatives scheme, to develop innovative ways to harness the potential of stem cells.

Making the announcement today on behalf of the Governance Committee of Stem Cells Australia, the University of Melbourne’s Deputy Vice-Chancellor (Research) Professor James McCluskey commented that Professor Little will bring a wealth of experience to the role, with a strong vision to further advance Australian science in this important area of medical research.

“Professor Little has a long and impressive history in medical research and in driving biomedical science policy and translation in Australia. She is ideally placed to facilitate excellence in Australian stem cell science and convert these discoveries into genuine clinical outcomes.”

“As an internationally recognised leader in stem cell science across more than 25 years for her work in developmental biology, Professor Little is an excellent choice to help build on the achievements of Australian scientists in this area and facilitate research to enable the next phase of stem cell medicine.”

The SCA was previously lead by Professor Martin Pera who will return to the USA to continue his research into control of stem cell fate at the Jackson Laboratory in Maine. “As the inaugural Program Leader of SCA, Professor Pera was instrumental in establishing a vibrant network of interdisciplinary research that is internationally recognized,” commented Professor McCluskey.

“He championed training and mentoring opportunities for young researchers and has been a powerful advocate for stem cell science in the broader community.”

Professor Little’s research has sought to understand kidney development and what happens in disease. Most recently her team pioneered a new way to make kidney tissue from stem cells. This discovery provides an opportunity to develop innovative approaches to treating kidney disease and was recognised by numerous awards including the 2016 Eureka Prize for Scientific Research.

Professor Little is also Chair of the Scientific Organising Committee for the 2018 conference of the International Society for Stem Cell Research which will bring thousands of researchers from across the globe to Melbourne.

During the past two years, SCA scientists reported a number of important breakthroughs that have received international attention. These include the formation of kidney organoids in a dish (published in Nature), the differentiation of human pluripotent stem cells into cells resembling hematopoieitic stem cells (published in Nature Biotechnology) and more recently, the commercialisation of a novel process to produce human neutrophils in vitro for cancer treatment.

Reflecting on these advances, Professor Pera noted that there were common features to each. “First, they are all the product of years of work, having begun back in the early 2000s with the vision of great researchers.  Second these projects have been made possible through long-term continuous support from the Australian Research Council, first through the Australian Stem Cell Centre and more latterly through Stem Cells Australia.”

“Finally, the projects were realised through inter-institutional collaborative networks built up as a direct result of this ARC support.  These great success stories teach us important lessons about the importance of stable research funding that encourages high risk, high payoff science, and that fosters the growth of a fertile collaborative environment.”