By Nathan Fioritti, University of Melbourne 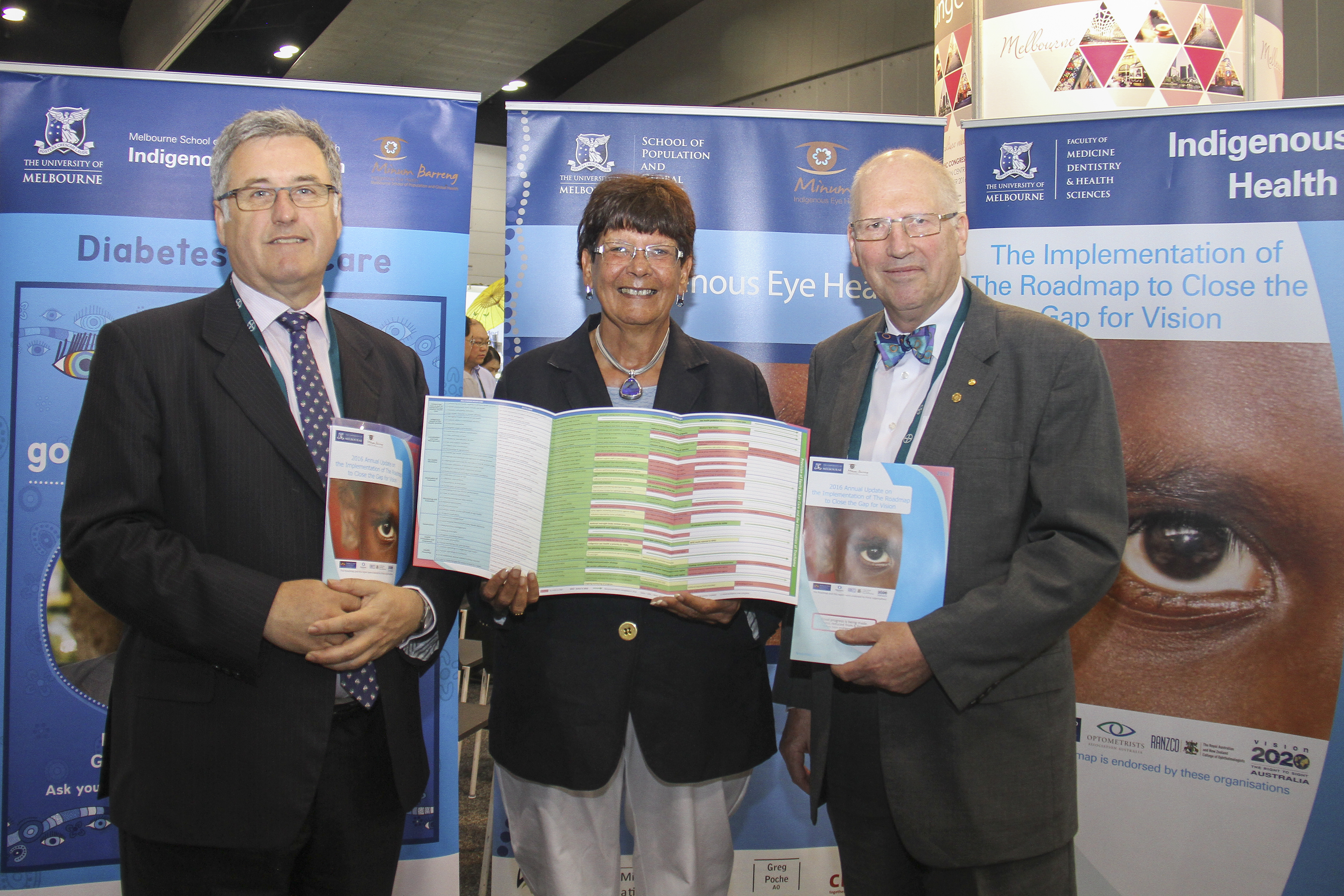 The goal to close the gap in Indigenous eye health by 2020 is closer than ever to being achieved.

This was the message at the 2016 Annual Update on the Roadmap to Close the Gap for Vision, which took place at the Royal Australian and New Zealand College of Ophthalmologists (RANZCO) Annual Scientific Congress at the Melbourne Exhibition Centre on 21 November, 2016.

The Roadmap was developed by Indigenous Eye Health (IEH) at the University of Melbourne and launched in 2012 with the endorsement of the National Aboriginal Community Controlled Health Organisation (NACCHO), Optometry Australia, RANZCO, and Vision 2020 Australia.

The reaffirmation of the 2020 goal follows indications of massive improvements in Indigenous eye health—most notably in the rates of blindness in Aboriginal and Torres Strait Islander people. 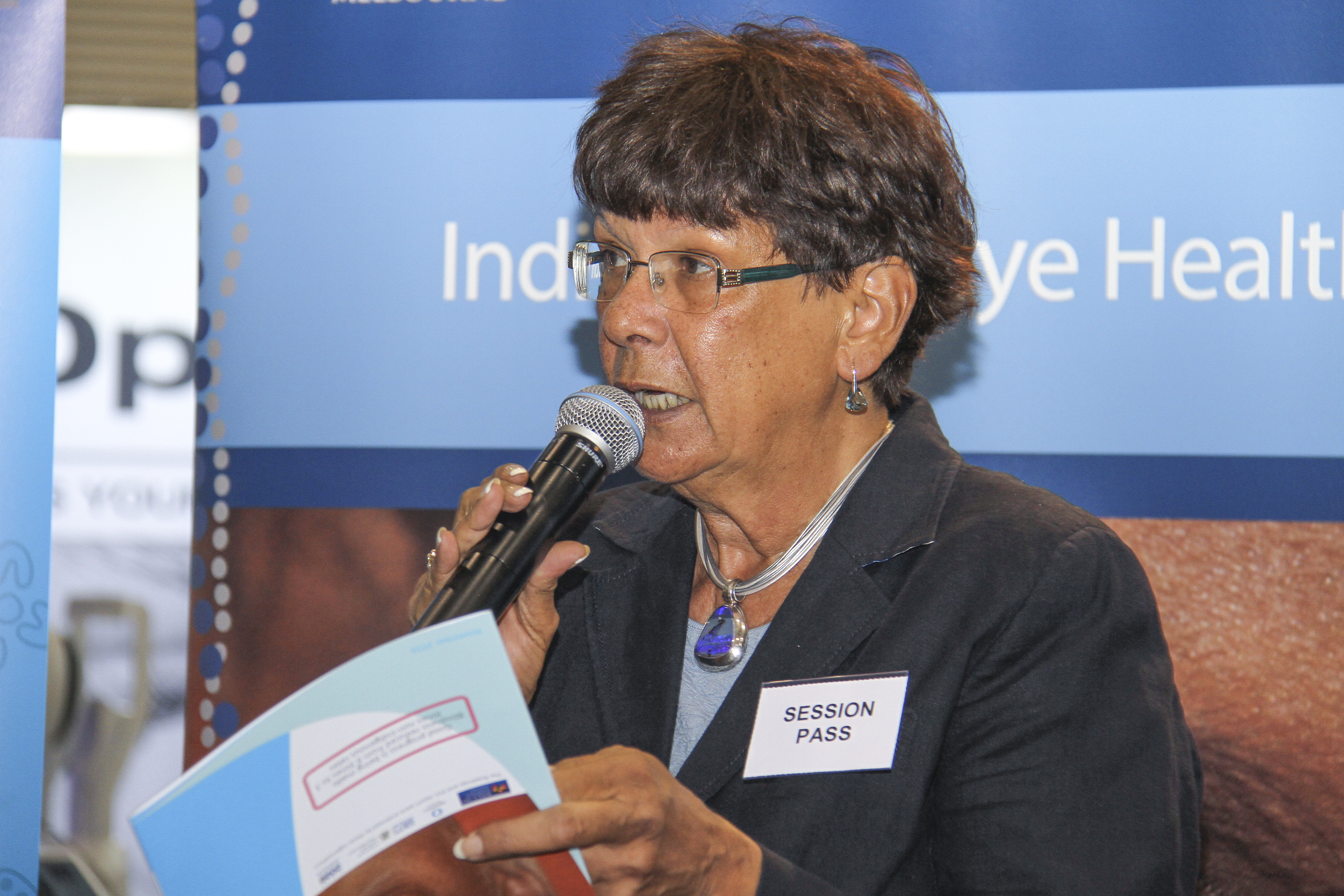 Patricia Turner AM delivering her speech

In her speech, Patricia cited statistics from the National Eye Health Survey, led by Vision 2020 and the Centre for Eye Research Australia (CERA) and released on 13 October for World Sight Day 2016. The survey indicated rates of blindness amongst Aboriginal and Torres Strait Islander people have halved from six to three times that of non-Indigenous people since 2008. The prevalence of trachoma has also fallen significantly since then, from 21% in 2008 to 4.6% last year.

Trachoma is one of four crucial eye health conditions, along with cataract, diabetic retinopathy, and refractive error, which account for 94% of vision loss in Indigenous Australians.

‘In order to close the gap in these four key areas we need to keep the momentum going.’ The Annual Update shows that over 60% of the 136 activities outlined in the Roadmap have been completed, with 11 of the 42 recommendations now fully implemented. These include items such as ensuring all existing services are funded and maintained, establishing centralised reporting of service needs and performance, setting up Indigenous eye health subcommittees for all jurisdictions, defining all trachoma affected areas, and securing funding to ensure the continuation of the National Trachoma Surveillance and Reporting Unit (NTSRU).

If the program is to continue to be such a success, the implementation of Roadmap activities and various other recommendations must continue. In order to do this there must be adequate funding.

Professor Taylor emphasised the great progress that has been made and the widespread cooperation involved in closing the gap.

‘It is really about the sector as a whole working towards a long-term sustainable solution.’

The full 2016 Annual Update is available via this link.