How does technology affect our brains?

Andi Horvath speaks with researchers to determine just how our daily use of technology affects our brains. 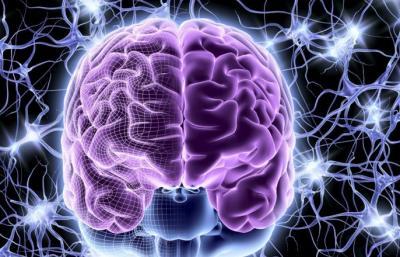 Andi Horvath speaks with researchers to determine just how our daily use of technology affects our brains.

When it comes to shaping our brains our environment plays a big role.

In fact it's the 'thinking' in response to our environmental experiences and interaction with our world that actually shapes our brains. You may have even observed children trying to swipe or pinch-enlarge a picture in a magazine.

So in short, the answer to the question, does technology change our bodies and our brains, is yes, technology affects our memory, our attention, what we focus on and our sleep cycles.

In particular, our sleep cycles are affected by bright light from screens tricking our brain into thinking it is still daylight causing sleep difficulties and that can affect our wellbeing.

We are in an era where we have outsourced our memory to Google, GPS, calendar alerts and calculators. But perhaps it's not about remembering the facts you have and more about how you use the information that matters.

If you ever feel you are forever forgetting things and therefore losing your mind, don't worry says Professor Michael Saling, neuropsychologist from the University of Melbourne and Austin Health.

"I get at least one patient a week who is convinced that forgetting things like car keys or picking up children is the result of a serious brain condition or early Alzheimer's. The truth is the expansion of the information age has happened so fast, it's bringing us face to face with our brains' limitations. Just because our computer devices have perfect memories we think we should too.

"We've lost sight of the fact that forgetfulness is a normal and necessary phenomenon. We must keep pushing information out so it can deal with information coming in and if it gets overloaded we become forgetful," Professor Saling says.

Attention and focus in humans has been examined by brain scans. A study using neuroimaging of frequent Internet users showed twice as much activity in the prefrontal cortex of the brain compared to sporadic users.

This is the part of the brain that is used for short-term memory and quick decision-making. In situations where there is a flood of information, we have learnt to skim.

Are we becoming knee-jerk shallow thinkers or does the Internet actually sharpen our ability to scan information rapidly and efficiently?

To complicate things, for many of us, our jobs actually depend on the latter.

Baroness Professor Susan Greenfield's 2014 book Mind Change suggests that digital technology is changing our brains and as humans we are facing an unprecedented crisis concerning our individual identity, that is, who we are, what we do and how we behave. Greenfield expresses concern that social networking will displace the 'true self' with an exaggerated, ideal self. She also warns that digital technology demonstrably increases narcissism.

Associate Professor Cordelia Fine from the Melbourne Business School disagrees, and argues the notion of multiple social identities long predates social networking. She suggests the rise of narcissism is more complex, impacted more by the rise of self-interested neo-liberalism which sees market values directing all areas of modern life from education to individualism.

Even before digital technology, history had raised the questions about television and even machines possibly leading to the decline of civilization. Sociologist William Ogburn in 1934 spoke about the machine age natives who had lost connection with nature and tradition, and who were divorce prone.
Humans have always had a symbiotic relationship with technology. After all we humans designed our tools. But is there a better way to work with technology?

Associate Professor Frank Vetere, Director of the Microsoft Research Centre for Social Natural User Interfaces at the University of Melbourne, who researches human-computer interactions, sees a brighter future. His expertise is 'natural user interfaces' and his team works on new approaches to technologies that augment social interactions and social well-being.

"We have come a long way from how we interact with computers, that is indirectly with other people. We have gone from commands on a keyboard to a mouse to touch screens to Wii devices and more recently devices that detect your body movements and voice commands like the Xbox Kinect.

"We may be heading to a screen-free future. Our group draws on ideas and theories from psychology, anthropology, sociology and the social sciences to create and explore tomorrow's interactive mechanisms.

"Consider a contemporary scenario where parents are telling their children not to bring their mobile phone to the dinner table because we prefer to talk to each other. What if we rethink that scenario and encouraged people to bring their devices to the dinner table in a way that motivates social rapport, well-being and family harmony? This research is where engineering and the social sciences work together and it's very exciting, " Professor Vetere says.

Our individual brains develop in early childhood and adolescence but can also change in adulthood as various areas develop, adapt, or deteriorate. There is truth to the phrases 'use it or lose it' and 'neurons that fire together wire together'.

When neurobiologists discuss changes in the brain they mean both the structure and function of nerve connections and changes in its complex biochemistry.

Professor Tony Hannan, a neurobiologist at the Florey Institute, says it's reassuring that the brain can be trained to rewire itself.

"It is this neuroplasticity that allows for rehabilitation which can be achieved with environment stimuli like exercise."