A newly launched $80 million enterprise marks a unique collaboration between Monash University and the University of Melbourne in the field of biomedical research. 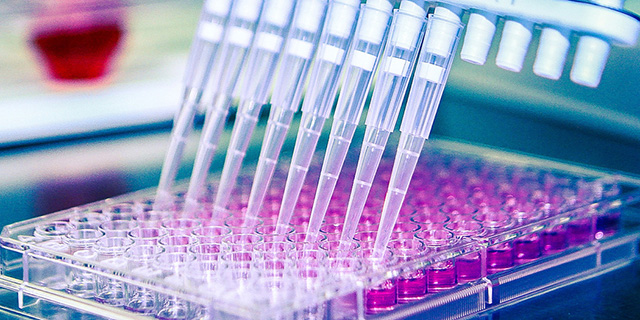 A first for Australia, and one of a small number of similar initiatives globally, the enterprise taps into the outstanding and complementary biomedical research capabilities and successful pharmaceutical outcomes of the University of Melbourne and Monash University with their associated Medical Research Institutes and hospitals. Both universities rank in the top 50 universities worldwide for Medicine, Pharmacy and Pharmacology according to the latest QS rankings. When the research strengths of these universities are combined in selected therapeutic areas they would be placed in the top 10 institutions globally, so combining their capabilities produces a global scale venture.

The new enterprise will be owned jointly by the two universities but will be independently governed by a highly skilled Board. It will bring the advanced commercialisation skills and funding needed to address successfully the early stage “valley of death” that faces new discoveries. By doing so it will unlock the combined exceptional biomedical research strengths in Melbourne, enabling significant new discoveries to be translated more rapidly into new medicines; with potentially huge health and economic benefits to Victoria and Australia.

The enterprise was launched today in Melbourne by the two universities and The Hon. Wade Noonan MP, Victorian Minister for Industry and Employment.

The Minister announced that the Victorian Government will contribute $10 million towards the $60 million needed to get the enterprise underway, with the two universities having already committed $50 million. The enterprise is expected to generate about $360 million in activity, support new companies, increase investment and exports and create specialised jobs in the sector. Further funding is being sought from Commonwealth, philanthropic trusts and charities.

“This enterprise will bring two outstanding research universities together to help provide a drug development catalyst, one that will attract global talent and international pharmaceutical companies to Victoria in a bid to help better translate research into commercial activity,” Professor Davis said.

“Convergence is the great theme of our time, and this is an enterprise that will bring people together around shared goals. And while it will start at the universities, it will move quickly to working with our partners in hospitals, medical research institutes and commercial players, all of whom will play a key part in its success."

Find out more information about this historic collaboration and view the video at http://m2venturecatalyst.com.au/media-release.