Detention gag orders make it impossible for doctors to do their job. 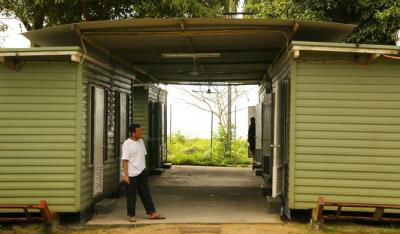 This article originally appeared in The Conversation on 9 June. View the original here.

Doctors and health professionals have always faced ethical dilemmas when choosing to work in the immigration detention system. The majority do so with the aim of providing high-quality care to a vulnerable group; traumatised adults and children often have significant psychological and physical health problems.

Doctors have long held concerns about the capacity of the immigration system to provide adequate health care – and about the health impact of prolonged detention itself. So health workers find themselves questioning the morality of a policy that in many ways can be seen as directly causing the health problems they are asked to treat.

From July, doctors will no longer be able to fulfil their ethical and professional obligations to report mistreatment of detainees. Under new legislation, passed last month with the support of both major parties, health professionals may be sentenced to two years in jail for the unauthorised disclosure of information about conditions in detention centres.

While it has always been hard to work with immigration, it may now be impossible.

Peak medical bodies and colleges have been raising concerns about policies such as mandatory detention and detention of children for more than a decade.

In 2006, following reports highlighting the poor standards of health and mental health care in detention centres, the government established the Detention Expert Health Advisory Group (DEHAG) to advise the immigration department about health and mental health services and care of asylum seekers. The group, which I chaired, consisted of representatives from mental health professional and consumer organisations.

While working to improve the standards of care within detention centres, the inherent tension on this role became apparent. We needed to provide expert and independent advice in the best interests of the detainees. However, maintaining professional ethical standards meant raising opposition to any government policy which causes harm and breaches international obligations.

Peak medical bodies have been raising concerns about mandatory detention for more than a decade. AAP/Department of Immigration

The Department of Immigration disliked this approach, particularly when medical colleges and the professional bodies voiced opposition to detention and discussed these issues in a public way. Despite the group advising the government in good faith, the relationship became increasingly difficult and clinical expert opinion was consistently disregarded.

In 2013, the DEHAG was reconstituted and eventually disbanded. The era of independent expert advice was seemingly over. A few individual clinicians continued to provide departmental advice but were unwilling or unable to make public comment. As a result, they were seen as being in a compromised position.

The introduction of the Australian Border Force Act 2015 in July is a further step in the attempt to silence doctors and others who witness harm to asylum seekers and human rights abuses.

The implications span well beyond the professionals involved; it signals a fundamental contempt for freedom of opinion and the right to question the government's approach to human rights and democracy.

The phenomenon of the doctor whistleblower is not new; doctors have long acted to protect groups in the face of persecution and harm.

The failure to speak out about harm at the hands of the state is equally important and we should question clinicians who choose to support the immigration regime when their attempts to bring about change fail.

The 15 Christmas Island doctors who wrote a public letter of concern about standards of medical care for detainees did so after failure to influence in any other way.

Similarly concerned clinicians have raised issues about sexual abuse and exploitation of women and children on Nauru and the poor treatment of a fracture in an 11-year-old boy. Doctors are also involved in the inquiry into the death of a Nauru man from septicaemia and in highlighting high rates of mental health problems in detained populations.

Under the new Act, they all face possible imprisonment for two years for complying with standard professional obligations.

A culture of fear and secrecy based on threats to imprison and punish clinicians can only serve to further erode any semblance of an immigration system that that is based on humanitarian principles.

At worst, it creates a secret state where immigration controls health practice in the interests of so-called border protection and doctors involved are essential colluding with human rights abuses.

It's time to pass control of health care in detention facilities from immigration to health authorities. Clinical involvement in the current system is unsustainable.