University of Melbourne researchers have been awarded grants by MS Research Australia for four projects: preclinical drug trials, evaluation of a web-based program that may help memory, analysis of genetic changes in the brain, and predicting disease progression.

Preclinical trials for a therapy to treat progressive MS

Dr Peter Crouch has been awarded a Project Grant of $249,000 for three years.

MS is a very varied disease and different people experience different levels of disability. Around 90 per cent of people with MS either start with or eventually transition into the progressive form of the disease. Currently, Ocrelizumab/Ocrevus is the only therapy approved to treat progressive MS.

Peter will use this Project Grant to understand the molecular mechanisms that underpin progressive MS, and to begin pre-clinical trials of a potential therapy for progressive forms of the disease.

Peter has found that copper is not distributed normally around the body in people with MS. Dr Crouch hypothesises that copper does not cause the right reactions in the brain and spinal cord of people with MS. His team will quantify the amount of copper in tissue from the brain and spinal cord in people with and without MS. They will then test if a copper-related drug is able to protect from progressive MS or slow its progression in a laboratory model of the disease.

Do genetic changes that occur specifically in the brain have a role to play in progressive MS?

Associate Professor Justin Rubio has been awarded a Project Grant of $229,000 for two years. 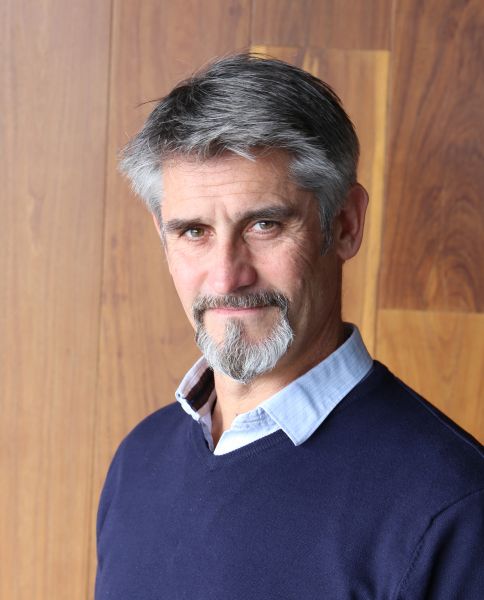 Justin will study the DNA from single cells in the brain to better understand progressive MS.

Progressive MS affects around 2.3 million people globally. International research is focused on understanding the biology of progressive MS to assist in developing treatments.

Not all cells in our bodies are the same, even though they contain the same DNA. Certain mutations, called somatic mutations, can occur in one or a handful of cells, and are not passed onto the next generation. Associate Professor Justin Rubio hypothesises that somatic mutations are the cause of progressive MS.

Associate Professor Rubio and his team will isolate single cells from the brains of people with MS. Using Next Generation Sequencing, his team will then study the DNA of these cells, called nerve cells and oligodendrocytes. By looking at the DNA and genes turned on or off in these cells, he wants to determine which genes are involved in progressive MS. This could pave the way for the development of new therapies for progressive MS.

Mr Daniel Merlo has been awarded a Postgraduate Scholarship of $90,000 for three years.

Daniel will investigate whether a web-based program can measure changes in thinking abilities.

Up to 65 per cent of people with MS experience changes in cognitive functions such as memory, problem solving and the speed at which they can think. These changes can dramatically affect a person’s ability to perform everyday tasks and maintain employment.

At the moment, there is limited ability to measure and detect these changes in a person with MS, and the tests that are available are often time consuming. During his PhD, Daniel will use some brief, web-based, computerised tests to look for changes in these cognitive function.  He will also investigate the role of factors such as brain size, employment and education level.

Web-based services have the advantage of reaching people in rural areas and those with limited mobility. This study will provide some insight into the decline in mental abilities in people with MS, and could be implemented into clinical practice to help neurologists and people with MS determine their course of treatment.

Predicting and monitoring the long term effects of MS

Dr Ai-Lan Nguyen has been awarded a Postgraduate Scholarship of $60,000 for two years.

The course of MS in each individual is different. There are limited tools available to predict the severity of the disease in individuals. Ai-Lan will investigate different methods for scanning the brain to determine if they can predict changes in disability.

She will combine the results of the MRI scans with mental and physical test to determine the best predictors for increased disability. As these tests can be quickly and easily performed, they may be able to be incorporated into clinical practice.

She will also investigate what effect certain therapeutics have on brain shrinkage, and if these therapies appear to alter the course of MS.