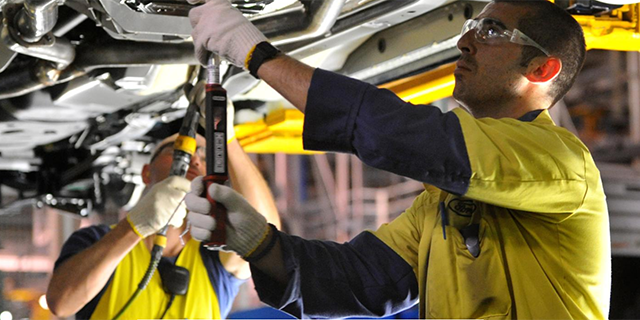 With an average age of 50, the Ford workers clocking off for the final time have skills and experience that employers are too often blind to

The last shift has finally come for carmaker Ford’s manufacturing plants in Broadmeadows and Geelong, the closures of which were flagged more than three years ago.

But the long lead time on the more than 600 remaining jobs lost on “Black Friday” will be small comfort for many of the workers who, because of their mature age, will have struggled to find regular alternative new work. The average age of workers in the automotive industry is 50.

And retirement for many of them simply won’t be an option. The increasing emphasis and policy push to extend working lives means many of Ford’s former employees will have to work into their 70s. Ford have implemented a number of initiatives to prepare their staff by offering free career planning sessions and literacy and numeracy classes to employees from non-English speaking backgrounds. While some will move into other areas of the organisation such as in engineering and design, the reality for many will be the prospect of long-term unemployment or underemployment, made worse by seeking work in some socially disadvantaged locations.

Many older workers in diminishing sectors such as manufacturing, and particularly those whose role requires physical labour, need to consider re-training and becoming creative in the job hunting process by identifying how their valuable skills can be transferable to alternate industries.

But this may not be as easy as it sounds because many potential employers will decide they are too old and not even consider them.

That we have a problem is backed up new research at the University of Melbourne’s Centre for Workplace Leadership, which has established an ageing workforce research stream and is conducting a representative study of Australian’s attitudes to ageing.

Initial findings suggest that whilst few Australians hold resolutely ageist views, there is a more commonly held perception that older Australians obstruct opportunities such as job and promotion prospects for younger workers.

Evidently an intergenerational paradox exists; on one hand, challenging economic and labour markets don’t favour young workers, but on the other hand older individuals face real disadvantage due to population ageing and the growing need for employment into older age.

There is already much evidence to suggest many older job seekers find themselves excluded from re-entering the labour market due to discriminatory recruitment practices and assumptions surrounding age and performance. For example, the AHRC claims that in November 2015 the average time spent unemployed for 15-24 year olds was 30 weeks. But for those aged 25-59 years to time spent unemployed was an average 49 weeks, and for those aged 60 years and over it was 68 weeks.

A combined approach to this challenge, one which involves government, organisations and education providers could yield the best results. For example, government policy that prioritises working longer must consider investing in the training of older workers. Education providers must adapt their courses to be mature age friendly and form closer linkages with industry in order to address the workforce challenges ahead.

The Federal Government has so far responded to the challenge by commissioning the AHRC to conduct a National Inquiry into Employment Discrimination Against Older Australians and Australians with Disability. The Inquiry’s report, Willing to Work, was released in May 2016 and made a great number of recommendations targeted at employers and the implementation of age friendly Human Resources (HR) practices that will facilitate recruitment and retention of mature age workers.

Amongst these were targeted education and training programs within the workplace which serve to maintain and re-skill older staff.

A recommendation to address the current ineffectiveness of government funded skills training programs includes the development of strategies to transition people from declining industries to growth industries. 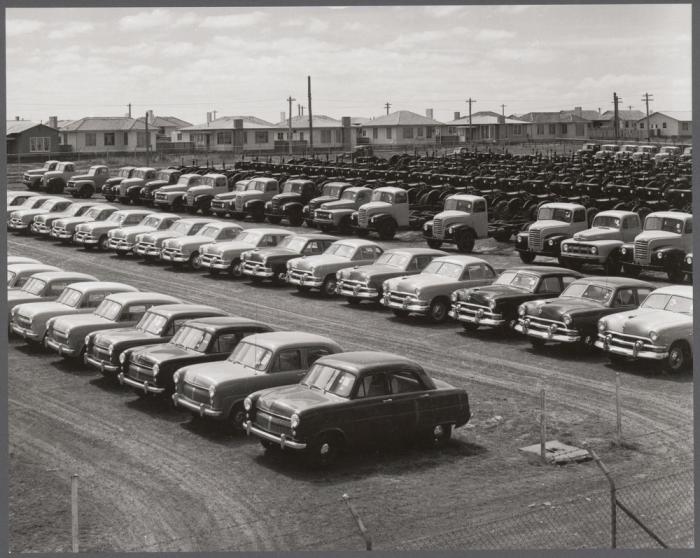 Despite the possible need for retraining to enter growth industries, Ford’s older workers and employers would do well to recognise the transferability and value of the skills and experience of they have accumulated over a life time of work. The National Centre for Vocational Education Research have specifically targeted the manufacturing sector, including the automotive industry, and produced reports outlining frameworks on how to successfully transfer skills, re-skill, re-train and obtain new jobs for older workers.

They suggest that older workers can capitalise on skills such as working under pressure, organisational skills, interpersonal skills, being flexible, working in a team, problems solving skills, and communication skills which are all transferrable from one industry to the next.

Among a suite of suggested solutions they advise early access to information, career advisors, job search assistance, customised training and job interview coaching as being vital. They also draw on lessons learned from the closures of Mitsubishi Motors Australia and MG Rover in England and document best-case practice, where organisations have partnered with local mature age friendly job recruitment specialists and worked with local education providers to ensure the Recognition of Prior Learning (RPL) of staff.

The AHRC also released a document alongside Willing to Work that highlighted 53 organisational case studies demonstrating best practice across a number of different Australian and international organisations and industries. These reports serve to highlight that employers play a pivotal role in abolishing age discrimination and implementing age friendly HR policies and practices such as ensuring the skills currency of their staff.

Mature age workers are among the least qualified compared to other age groups, but experience less access to learning, education and training opportunities as many employers do not see them as a good return on investment. This is vital as forecasts predict a growing need for skills deepening across all sectors.

Despite funding cuts to the TAFE sector which saw many campus closures across Victoria, retraining to keep skills current or transition across industries is becoming increasingly important for mature age workers. Some education providers are responding to an ageing population by making their courses more mature age friendly including offering flexible online options to accommodate for work and caring responsibilities.

In June 2015, the University of Melbourne launched the first wholly online suite of courses in ageing. This is the only type of course of its kind in Australia. Subjects offered are interdisciplinary and aim to facilitate a cohort of students to develop and graduate with a set of holistic, comprehensive and valued skills. In addition, the Hallmark Ageing Research Initiative at the university facilitates interdisciplinary research in ageing such at the work being done by the Centre for Workplace Leadership.

The teaching and research being offered and undertaken at the University of Melbourne along with the comprehensive documents produced by the NCVER and the AHRC all demonstrate how important it is to be informed and proactively implement age friendly solutions in order to move these vital issues forward in a holistic way.

Banner Image: A file picture of workers on the assembly line at the Ford plant in Broadmeadows, Melbourne. Picture: Julian Smith/AAP

This article first appeared in Pursuit, on 7th October 2016. Click here to view the original.