Doctors have successfully reduced risk-taking behaviour in teenagers and young people, in a world-first trial led by the University of Melbourne. 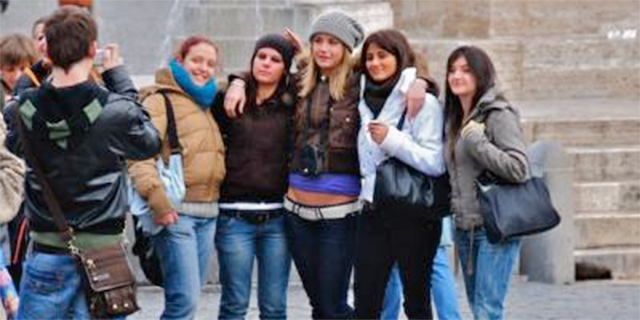 This article originally appeared on in the Newsroom on 1 October. View the original here.

They were trained to screen and counsel young people aged 14 to 25-years-old for six common risk-factors, including smoking, binge drinking, mental health problems, drug use, risky driving and unsafe sex – either with a form or simply enquiring about these areas in a sensitive way.

They found screening for these issues is very low. For example, while many doctors are alert to mental health issues, hardly any screen for risky driving and partner abuse.

The researchers found 90 per cent of the 901 young people were engaging in one or more of the risky behaviours. The health professional then recommended a course of action to minimise risk or a plan to stop the behaviour.

After discussing these issues with the GP, the young people reported less illicit drug use and less risk for sexually transmitted illness after three months and fewer unplanned pregnancies at 12 months. The GPs were also able to detect more cases of partner abuse.

Encouragingly, almost all (97%) of young people in the study said they would be willing to discuss their personal lives with their doctor as a trusted source of information. A further 93 per cent said they'd tell a friend to do the same.

Associate Professor Lena Sanci, of the Department of General Practice, was lead author on the study, published today in the journal PLOS One.

She said adolescence and young adulthood are peak years for the onset of mental disorders, injuries and reproductive health risks. Risky drinking, smoking, drug use, and low rates of physical exercise in adulthood are usually established during these years, yet young people are the group most likely to be overlooked by the medical profession.

"Young people will come to the doctor for coughs, colds and injuries, but not things like stopping smoking or reducing alcohol or talking about abuse in a relationship or learning about safer sex," Assoc Prof Sanci said.

"Perhaps it's because they don't view these things as health issues, or they're embarrassed, or maybe they feel they should be able to cope on their own. Doctors are the perfect confidantes for teens, who may not want to talk about these health risks with their parents.

"We didn't expect it to solve all the problems, but we did start a conversation that could help the young person manage the risks.

"We know that young people visit the doctor once or twice a year, so there are repeated opportunities to address multiple risks. And in this trial, overwhelmingly, young people welcome these discussions if they are raised sensitively by youth-friendly providers."

The researchers recommend trainee doctors should be taught how to have these conversations with young people. They are currently working on an online screening tool to streamline the process.