Have you ever wondered how cancer was treated in Melbourne over 150 years ago? 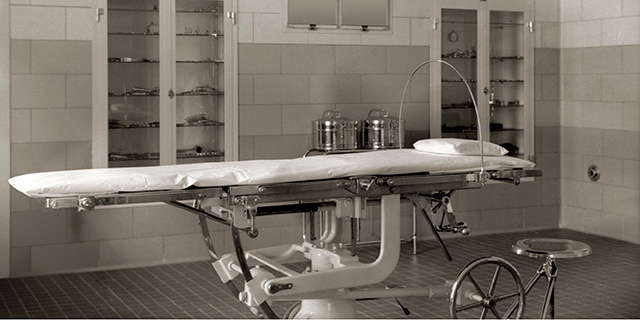 It’s there in the archives in the Australian Medical Journal.

In October 1857, William Gillbee, an honorary surgeon at the Melbourne Hospital (the former name of The Royal Melbourne Hospital), presented his Cancer and its Treatment report to the Medical Society of Victoria, the first published paper in Australia on cancer.

Even though Mr Gillbee saw relatively few cancer patients, the surgeon discussed the current thinking about the disease, shared case notes and presented pathology specimens of facial, lip, and hand tumours to his peers.

He also spoke about medical tourism after a patient left for London to have her metastasized breast cancer treated by a doctor touted for his miraculous cures.