Autism research, this time it's personal

A friend recently reminded me that when I was in Year 9 we had to do a science project. I made a brain out of plasticine which had little flags on it showing all the different parts. I had forgotten about that, but obviously I was interested in how the brain worked from quite early on.

You learn a lot about normal brain function by looking at neural systems that are disrupted or diseased and teasing out what is going wrong and why. Investigating how neuro-communication behaviour is altered in diseased mouse models is really exciting – in my case this research is in the area of autism, however my research was originally in epilepsy which is related.

My eldest son Jai has severe autism. And to be honest, I feel as though I’ve got an advantage, I really do. I don’t have a problem with motivation. I’m hooked into all of the connections with both researchers and families.

Jai was diagnosed when he was about two. When he was born he was perfectly healthy, and at that time Iwas doing my Post Doc at the ESPCI Paris Tech University.

Research in autism then was predominantly in the psychology field. Neuroscience research using techniques to record neural activity wasn’t happening in autism. That was my training and even though I thought I was coming back to Australia to work on epilepsy, I thought wow, autism would be a great place to head for. There are hundreds of genes that are thought to be associated with autism and a group of these seem to be involved in neural communication. When the genes that encode the molecules that make up the “Velcro” between neurons are not encoded correctly, you get a slight glitch in the wiring – and that is what we think is happening in autism.

"In a lot of cases this ‘neurological glitch’ happens in the brain, but our work is primarily focussed on the gut which also has its own nervous system."

There are about the same number of neurons in the gut as what there are in the spinal cord, and some people may be surprised to hear that. This is known as the enteric nervous system or the “second brain” and it controls the gut function even without the input of the brain. The enteric nervous system in the gut usually interacts with the brain, but for experimental purposes you can isolate the gut and look at the activity.

Having autism in the family was important in getting from hunches to designing experiments. Anecdotal evidence was saying that a lot of the children with autism have got gut problems and going with that hunch gave us the incentive to look at the gut system for changes that might help explain gut problems in autism.

"Having research results published that validated the hunch that gut problems were related to autism was incredibly rewarding."

Autism patients are four times more likely to be hospitalised than patients without autism. Minimising aggravating gut problems can drastically improve quality of life for patients with autism. 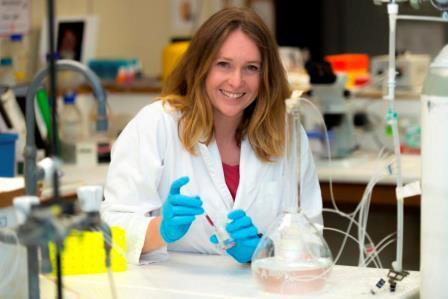 If you think about it, gut problems are really disruptive – severe constipation, a lot of pain, reflux, vomiting – all these things disrupt sleep and make concentration difficult. Kids with autism already have problems with learning and anxiety, motor function disorder, sensitivity to sound, language, social interaction and so on.

Improving gut problems can have a strong impact.  A child may be able to sleep, they will experience less pain, less frustration and less challenging behaviours which will improve things no end for the family, the community and open up more opportunities for the child.

One of my most rewarding experiences was my involvement in founding the Frontiers in Neurodevelopment Disorders (FiND). We recently ran a conference which differed from traditional research conferences in that registration was free and was open to families, clinicians and researchers. We attracted a large number of international stars, including Professor Thomas Bourgeron from the Pasteur Institute in France who discovered the first genes associated with autism and who I am collaborating with in my research.

The latest really high quality science was explained to families without the jargon explaining the various ways that autism is being studied. The feedback was that the families were really encouraged to hear about what this might mean for patients and people in their family and how it may relate to them down the track. It was definitely hitting a spot...

Dr Elisa Hill is a researcher in the School of Biomedical Sciences, University of Melbourne

As told to Christina Tait

This article first appeared in Pursuit, click here to read the original.