The Eastern Mediterranean Regional Office (EMRO) of the World Health Organisation (WHO) have developed a new cervical cancer elimination strategy with the guidance and support of the Australian Centre for the Prevention of Cervical Cancer (ACPCC) and the University of Melbourne. 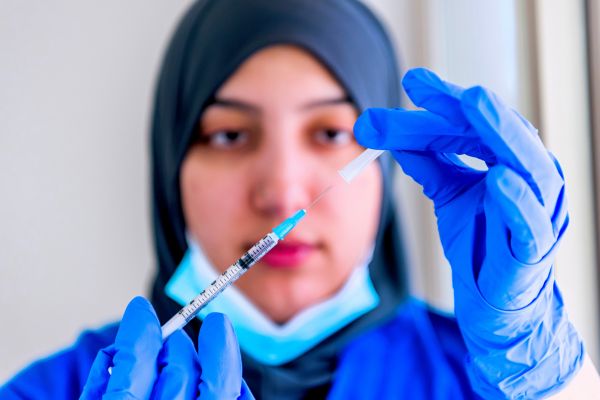 More than 300 million women and their families stand to benefit from the implementation of the strategy either through vaccination, early detection, or treatment of cervical cancer.

In Australia, the National Strategy for the Elimination of Cervical Cancer aims to eliminate cervical cancer as a public health problem in Australia by 2035, making its experts suitable to draw upon for guidance and support in EMRO’s strategy development.

The EMRO strategy has been developed in collaboration with 20 of its member states. With an estimated 320 million women in these states, if the strategy is implemented, these women and their families will benefit enormously either through vaccination, early detection, or treatment of cervical cancer – with nearly ALL cases of cervical cancer being preventable or treatable.

Executive Director of the ACPCC Professor Marion Saville said, “The barriers to eliminating this preventable disease are particularly acute in those countries where war and conflict is so significant, such as Yemen and Afghanistan, noting that the health sector in Afghanistan is primarily run by non-for- profit organizations which can now no longer employ women. HPV vaccines have been provided through schools in Afghanistan, meaning more than 50% of the target girls will be missed, as currently schooling is banned for girls over the 6th grade – this is a tragedy on a global scale”.

Prior to the announcement, only three of the 20 participating countries had existing national HPV vaccination programs (Libya, Kingdom of Saudi Arabia, United Arab Emirates), with the Saudi Arabian program having the widest range of people with a cervix targeted – covering those between the ages of 15 and 26.

The main barriers to achieving the global elimination targets that were identified across all member states were vaccine hesitancy - related to both stigma around HPV and safety concerns, and the cost of both HPV vaccines and HPV tests for screening.

Professor Saville noted the benefits of self-collect as an option, “With the stigma around HPV vaccination that still exists even in some high-income countries, and the barriers to accessing healthcare in low income and war-torn countries, the new self-collection tools are an incredibly important way in which we can still strive to eliminate this cancer. We estimated through work on EMRO’s elimination strategy that 60% of women in these countries would find self-collection of a HPV sample to be acceptable”.

For most countries, cancer treatment modalities were not widely available within the public sector. This is especially true for radiotherapy and palliative care, as only three countries each had wide access for the public.

The University of Melbourne Media Team