I am mainly interested in the translational science of neural injury and repair. I trained at Hopkins with mentors who helped launch the modern era in neurodegenerative diseases and made seminal discoveries in Alzheimer’s disease, Parkinson’s disease and Amyotrophic Lateral Sclerosis. I have since expanded this base to include traumatic brain injury (TBI) both because it is a very important problem in and of itself but also because it is a very telling model for neurodegeneration. Among my research contributions are: the characterization of the retrograde and transsynaptic responses of neurons to axonal lesions; the trophic responses of neurons to target-derived neurotrophins and cytokines; and experimental trophic and stem cell therapies for injured neurons. My current focus is traumatic axonal injury (TAI), a common denominator of most types of TBI and a prototype of a primary CNS axonopathy. I have worked on both axonal and non-axonal (inflammatory and systemic) factors determining the course and outcome of TAI. I am now using high-resolution in vitro and in vivo methods to explore the role of two molecular pathways, the universal stress signaling pathway involving MAPK cascades and Wallerian degeneration signaling involving NAD salvage pathways and SARM1. This research may offer important mechanistic insights and, importantly, open therapeutic possibilities that may be portable to other, non-traumatic degenerations. Besides my research work, I am a practicing neuropsychiatrist and manage patients with traumatic brain injuries and neurodegenerative diseases. Elizabeth Bradbury is Professor of Regenerative Medicine & Neuroplasticity at King’s College London, UK. Her research focuses on understanding the complex biology of tissue injury and scarring following central nervous system trauma and developing regenerative therapies aimed at promoting neuroplasticity, modulating neuroinflammation and restoring function following paralysing injuries. She has a particular interest in extracellular matrix and immune cell modification, novel gene therapy approaches for enabling tissue repair and targeting high priority functions such as upper limb and hand function. She became group leader at King’s College London in 2003 with a Career Development Award from the U.K. Medical Research Council (MRC). Her pioneering research on inhibitory factors in the extracellular matrix after spinal cord injury has led to matrix modification becoming one of the leading targets for future clinical therapies. She was awarded the Schellenberg Prize for Research 2008 by the International Foundation for Research in Paraplegia for advances to the field of spinal cord injury, received an MRC Senior Fellowship award in 2011, and a Suffrage Science Award in 2018 an honour awarded to leading female scientists for their outstanding contribution to science and ability to inspire others. She is a member of the CHASE-IT consortium (chondroitinase for injury therapy) who are developing and testing vector-based gene therapies for treating human spinal cord injury, and Consortium Lead for the SCI-NET Consortium who are assessing novel bioactive mediators of tissue scarring, inflammation and extracellular matrix remodelling after spinal cord injury. Associate Professor Hodgetts is Director of the Spinal Cord Repair Laboratory at the School of Human Sciences at UWA and Perron Institute for Neurological and Translational Science. With over 20 years of expertise in cell based transplantation therapies he has been devoted to this research since joining UWA in 1998, originally conducting research in neuromuscular diseases such as muscular dystrophy. Since 2004 he has focussed on the repair of the injured spinal cord using a variety of different stem cell, gene therapy, in vivo reprogramming, tissue engineering, neuroprotective and non-invasive strategies (such as repetitive transcranial magnetic stimulation and the use of infra-red/near infra-red light).  In 2011, he was awarded an Inaugural Mid-Career Fellowship by the Neurotrauma Research Program of Western Australia. His Spinal Cord Repair Laboratory acts as a core facility for other neuroscience researchers designed to promote neuro-regeneration into the setting of SCI toward preclinical studies. He is an Academic co-coordinator for several undergraduate units at UWA, including Neuroscience, with supervision of over 30 Honours, 8 Masters and 17 PhD students. He was the WA Representative for Australasian Neuroscience Society (2014-2017), convenor and co-chair for ANS 2020 meeting, and is currently Chair of the Animal Users Group (UWA) and the UWA representative for the WA Animal Resources Authority.  With previous NHMRC and current ARC funding, he has secured funds totalling nearly $5.5 million as Chief Investigator since 2001.  He also works closely with artists using biological materials and methods, as well as being scientific consultant for SymbioticA’s residents. 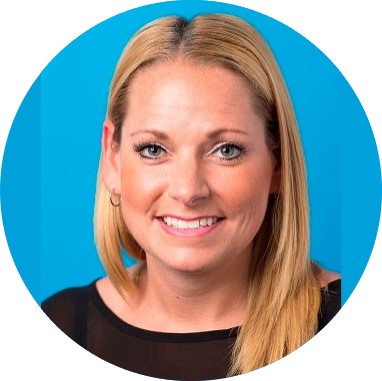 Richelle Mychasiuk is an Associate Professor in the Department of Neuroscience at the Central Clinical School, Monash University. Her broad research program uses extensive behavioural and epigenetic techniques to understand how early life experiences modulate brain development in adolescence, with a specific focus on the factors that regulate susceptibility to and recovery from, mild traumatic brain injury and chronic pain. 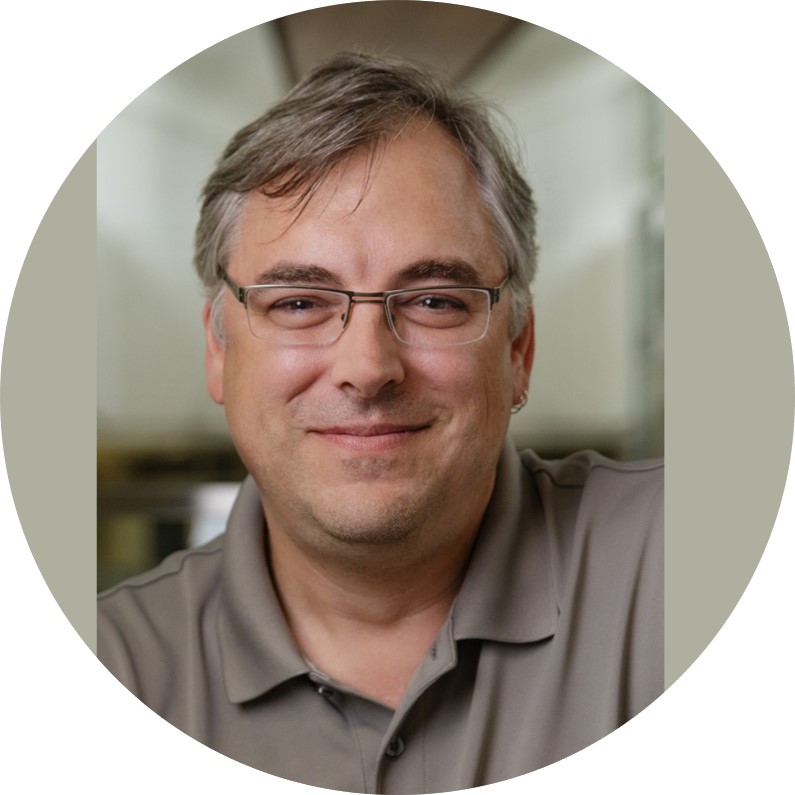 Memories for emotional, particularly fearful, events are vivid, visceral, and enduring. Emotional memories enable us to predict and avoid potential threats, as well as respond to immediate danger. But dysfunction in this system can result in anxiety, panic and post-traumatic stress disorder, for example. Dr. Maren’s research seeks to understand the encoding, storage, retrieval, and extinction of aversive memories, and how dysfunction in these circuits and processes contributes to anxiety disorders and PTSD. His work integrates behavioral and systems neuroscience methods, including in vivo electrophysiology, chemogenetics, and optogenetics. Dr Maren is a recipient of the American Psychological Association Distinguished Scientific Award for an Early Career Contribution to Psychology (2001) and the D. O. Distinguished Scientific Contributions Award (2017).  He is a Fellow of the American Psychological Association and Association for Psychological Science, Past-President of the Pavlovian Society, and is currently the Editor-in-Chief of Behavioural Brain Research. He has been continuously funded by the National Institutes of Health since 1995 and is a recipient of the 2015 McKnight Foundation Memory and Cognitive Disorders Award. Department of Psychiatry
University of Oxford

Belinda Lennox is Professor in the Department of Psychiatry, University of Oxford and Honorary Consultant Psychiatrist in the Early Intervention in Psychosis service for Oxford Health NHS FT.

She trained in General Adult Psychiatry in Nottingham, Oxford and Cambridge in UK.  Her interests are in discovering the causes of and developing more effective treatments for those with psychosis and in implementing those discoveries into clinical practice.  Her current research is in the autoimmune basis of psychosis and she runs a clinic, jointly with neurologists, to assess and treat people with autoimmune psychosis, as well as running a clinical trial to test out this new approach.

Autoimmune psychosis: an international consensus on an approach to the diagnosis and management of psychosis of suspected autoimmune origin.
Pollak T, Lennox B, Muller S et al 2019, Lancet Psychiatry 7(1) 93-108 The overall goal of my research is to determine the underlying neurobiology of schizophrenia in order to translate this knowledge to develop or enhance sex steroid and/or inflammatory based treatments for the cognitive deficits and psychotic symptoms in schizophrenia in an age and sex specific manner. My research focuses on the interaction between sex steroids and neuroinflammation and their role(s) in modulating neurotransmitter systems in males and females in 1) a rat maternal immune activation model of dopamine dysregulation and 2) in schizophrenia. My research tools include rodent and in vitro models, postmortem brains and clinical samples from patients (e.g. serum). I undertook my PhD implicating the mitogen-activated protein kinases in the etiology of diabetic sensory neuropathy at Manchester University, UK, followed by a postdoctoral position at NeuRA investigating sex steroid signaling mechanisms in pelvic autonomic and sensory neurons. An NH&MRC Biomedical Training Fellowship and a Ramaciotti Establishment grant allowed me to investigate the effects of estrogen on signaling mechanisms on the pelvic autonomic nervous system. I currently lead an NHMRC project grant investigating the role of neuroinflammation and neurotransmitter systems in the improved cognition induced by estrogen receptor modulation. 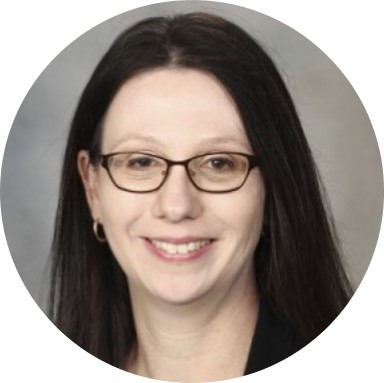 Dr Susannah Tye received her PhD from Macquarie University in 2008, and went on to complete a Postdoctoral Fellowship in Neuromodulation at the Mayo Clinic. She has served as Lecturer in the School of Psychology at Deakin University and as Director of the Translational Neuroscience Laboratory at the Mayo Clinic. She returned to Australia in 2018 to establish the Functional Neuromodulation and Novel Therapeutics Laboratory at the University of Queensland, while continuing as an adjunct Assistant Professor of Psychiatry and Psychology at the Mayo Clinic. The overarching goal of her research is to understand why some individuals fail to receive therapeutic benefit from antidepressant therapies and to advance progress towards the discovery and development of novel treatments to help this vulnerable patient population. Her research aims to elucidate the mechanisms contributing to treatment non-response and suicidality in refractory depression, with the overarching mission of translating this knowledge into viable new treatment approaches for patients. Dr Tye and her team have developed animal models for stress-induced mood dysregulation and antidepressant treatment resistance. Studying these rodent models, they have been able to quantify neurobiological mechanisms moderating antidepressant response to deep brain stimulation, lithium, and novel rapid acting therapeutics, such as ketamine. This approach is providing valuable new information about the cellular adaptations associated with therapeutic responses that effectively counter the impact of stress and inflammation on brain and behaviour. Complementing this, Dr Tye’s group has developed biomarkers of antidepressant response, highlighting an important role for metabolic dysfunction in antidepressant resistance and treatment response.