A Doctor Without Borders: Dr Jenny Jamieson takes us through some of her adventures in international emergency medicine. 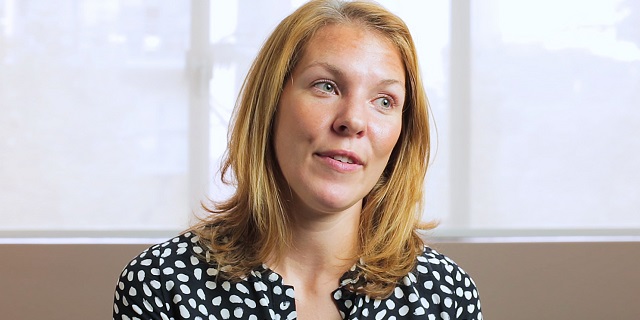 Dr Jenny Jamieson has a passion for global healthcare and an eye for adventure. As a child, she grew up living and travelling all over the world so it’s perhaps no surprise that this advanced trainee has already worked in hospitals in Cape Town, Kunduz and Dar-es-Salaam, all before she’s even achieved her ACEM Fellowship.

“I believe that no matter who you are or where you live, you should be able to access healthcare,” she says, “At the moment there are too many people in the world for whom that’s not the case and that’s what drives me.”

A country of extremes
Dr Jamieson went to Afghanistan in 2012 working with Médecins Sans Frontières (MSF). Right from the start, she knew it would be a unique challenge. She was sent to Kunduz, a dusty mountainous region with temperatures of 50˚ in summer and below freezing in winter.

The local community in Kunduz were very keen to rebuild their old dilapidated hospital building. While renovations went on, hospital services – including ICU, ED, operating theatres and the patient wards – were run out of shipping containers in the hospital grounds. “People would travel from neighbouring provinces to receive free medical treatment,” Dr Jamieson says, “We were always trying to squeeze in as many people as we could, anyone and everyone who needed free medical treatment. So people were there for war related injuries, but we also saw a lot of traffic related injuries and just daily life injuries as well.”

Waiting for the rumble
There was one shipping container that was always kept empty. This was for times when mass casualties occurred and the hospital would be inundated with as many as sixty patients arriving simultaneously.
Dr Jamieson and her colleagues learnt to spring to action the second they felt the tell-tale rumble of an explosion in the distance. Sometimes a bomb would explode but there would be no injuries and the medical team could relax. On other days, an explosion would mean that critically injured patients would soon arrive and the trauma centre would kick into disaster triage mode.

With limited resources, Dr Jamieson and her colleagues sometimes faced agonising choices. “We only had four ventilators, so we had to decide who they went to based on how likely someone was to survive,” she says, “How old is the patient? How critical are they? Do they have a good chance of making it? They were very difficult decisions.”

Dr Jamieson’s time in Afghanistan came to an end when she returned to Australia after seven months.
However, she was reminded of her time there in the most painful way possible when in October of 2015 news spread around the world of a terrible tragedy. The Kunduz Trauma Centre where she had been working was destroyed by American airstrikes. Many of Dr Jamieson’s former colleagues and friends were killed.

“I remember just standing there in the morning and not knowing what to do,” she says, “I felt so far away from it all and all I could do was just send messages back of support. Then of course I joined in the rest of the MSF community and the global community in calling for an independent investigation into it, which still hasn’t happened six months later.”

Risky business
After seven months in Afghanistan, Dr Jamieson came back to Australia for further study. But within two years that restless drive resurfaced and she travelled to Tanzania to do her special skills term at Muhimbili National Hospital.

Within the first six weeks of moving there, Dr Jamieson had been kidnapped.
Three men held her for several hours while they cleaned out her wallet and then drove to several different ATMS cleaning out her bank account. Luckily, Dr Jamieson’s MSF security training kicked in and she remained calm throughout the ordeal.

“I said to them multiple times ‘I’m not going to try to escape, I’m not going to do anything, I just want you to let me go safely so I can go return home to my husband’ and they kind of bought into that,” she says, “It might have sounded like I was calm and controlled in the situation, but I certainly didn’t feel like it. It was only afterwards that it dawned on me how vulnerable I had been in that moment.”

After the kidnapping, Dr Jamieson and her partner debated whether to go back to Australia or stay in Tanzania. But they both agreed they wanted to stay and not have this one incident overshadow their entire trip. MSF very kindly stepped in and offered Dr Jamieson its debrief services, even though she was working independently in Tanzania. This meant she was able to access a Skype-based service that talked her through the experience and helped her process it.

“I’m really glad that we stayed,” she says, “Emergency medicine as a specialty is still in its infancy in Tanzania but the country is also spearheading implementation of the specialty in East Africa. There’s a very impressive group of ED doctors who are doing a really great job of EM leadership. I didn’t want to let them down, nor did I want the kidnapping to overshadow the work that I had been so excited about.”

Dr Jamieson is now back in Australia finishing up her specialist training. She still has strong ties to global health issues and is helping with the Global Emergency Care 101 workshop at the Cape Town ICEM conference next week, drawing on her experiences in Afghanistan and Tanzania. Her passion to travel – and to heal – is as strong as ever.