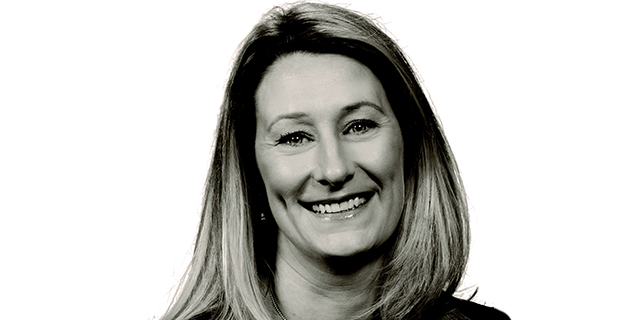 What are your strongest memories of your time at the University of Melbourne?

I lived at Ormond College for my first four years of University. Some of my strongest memories are around the collegiate atmosphere at Ormond. The friendships I made at Ormond are still very strong to this day – we have a core group of about ten different people from a variety of disciplines who still meet up regularly.

My time at the University and at Ormond College had a large impact on me and I still feel a strong sense of connection with people I meet who have been to Ormond or the University of Melbourne. Being surrounded by the diversity of students in a residential college, who came from country Victoria, interstate and overseas, and were studying a variety of courses, really broadened my experience.

Also, in my early years of university, I was involved with the debating society and Medleys, the Melbourne Medical School’s music and drama production. I have some very fond memories of the fun and friendships made with people from other year groups through these activities.

What or who motivated you at University?

I had a family connection to the University of Melbourne and Ormond College as my grandfather had been to both, so I had a strong sense of following in the family footsteps.

During my clinical years of medical training, I especially remember some inspiring lectures from Professor Anne Buist, a mother-baby psychiatrist, and a local doyen of the field.  Anne’s lectures were my first real introduction to the speciality field of parent-infant psychiatry and sparked my interest and passion in the field.

What led you to found GLOW?

I had been working with St John of God’s Raphael Centre (a perinatal mental health service) in Berwick since 2006. For both Adaobi (co-founder) and I, it was during our almost ten years of working in Berwick that we realised there was significant unmet need in the area due to high birth rates, lots of young families, and limited perinatal services. There needed to be something more and something different, as the services at the time were not able to keep up with the demand and were not well connected to one another. We had an idea there could be a new approach that would serve families better.

For us, GLOW was about bringing a number of relevant services together so that parents did not have to search around for separate services and allowing GLOW to offer a much broader concept of health that promoted wellness as well.

GLOW is a contemporary multidisciplinary clinic driven by our belief that the time from preconception to kindergarten is a critical time for mothers, fathers, their infants, families and the wider community.

What is good health to you?

A comprehensive and total approach to wellbeing – physical, mental, emotional and social. This includes social connectedness and sense of purpose.

People often think about mental and emotional wellbeing as being happy but I think a more important goal is resilience: if unexpected or difficult events happen to you, you can manage them, and your emotions and reactions, in a constructive way. Happiness is a great goal but, realistically, it is not always possible, and sometimes leads to us forgetting to enjoy what happens along the way.

What do you love about your specialty?

I was really drawn to psychiatry when I first experienced my undergraduate rotation during fifth year at University because of the time I was able to spend with patients. I have always seen psychiatry as akin to detective work because you try to understand and solve a bit of a puzzle – how the patient’s life and early developmental experiences have shaped them.

I am also fascinated by people and love hearing their stories. I realised that was something psychiatry offered me more than in other fields of medicine. During my medical training, I had been interested in studying paediatrics and obstetrics so when I came across perinatal / parent-infant psychiatry it seemed to really pull those things together.

I believe parent-infant psychiatry is the ultimate form of early intervention and way to improve mental health not just for mums, but for that baby and future generations. If we can give each baby a strong start at good mental health then that will flow on to the next generation.

Also, I get to work with gorgeous babies!

What do you consider to be the greatest accomplishments of your life so far?

Opening GLOW was a massive accomplishment for me, especially because medicine trains you to be a doctor but not to be a business person. The learning curve to launch a new and innovative model of care has been exciting and challenging. I am also a parent to two children so being able to enjoy time with them and balance this with GLOW has, in itself, been an accomplishment.

My additional major accomplishment was receiving the Maddison Medal from the Royal Australian and New Zealand College of Psychiatrists in 2007, awarded for the highest overall mark throughout the RANZCP fellowship training program in Australia and New Zealand. This award was especially significant as I completed my entire psychiatry training based at Peninsula Health, Frankston, which was then seen as one of the smaller metropolitan hospitals when I commenced in 2000. I was the first psychiatry trainee to complete the entirety of their training there. I was not anticipating receiving the Maddison Medallion at all and to do so, having done my training outside one of the larger training hospitals, was actually a fantastic reflection on the training I had gained at Peninsula Health and the consultant psychiatrists involved.

What excites you most about the future?

On a personal level, I am very excited to watch my own children grow and develop. I look forward to enjoying that and wondering about where they will end up – maybe at the University of Melbourne! I have to say, my ten-year-old already talks about going to university, not that there is any pressure!

On a professional note, I am so excited to see where GLOW goes in the future. Thus far, we have received really positive feedback and even have people jokingly ask when a franchise will open up in other parts of Melbourne and interstate. As far as we know, there are no other clinics in Australia that bring so many services together - from psychiatry and psychology through to yoga and Pilates - so it would be exciting to see GLOW expand in other parts of Australia.

Our target demographic is much broader than many other clinics as we define perinatal as the period from pre-conception through to kindergarten, whereas most other perinatal services will cut off at 12 months, two years post-partum. There is some research showing that the rate of maternal depression is higher when the child is aged four, rather than in the first 12 months of life. So, there is a lot of illness that persists beyond the first one or two years, either because it has gone undetected; it has been sub optimally treated; or it has only developed later. By widening our definition of perinatal care, the families that we see can enjoy much more continuity, and establish trust with our team because we will not be handing them over to another service prematurely.

What advice would you give to current students?

The best piece of advice I have ever received was something my mother said to me which, in turn, my grandfather used to say to her: nothing is ever wasted.

What I took from this is that if you try things and they do not work out then none of that time or effort is ever actually wasted because there is still something to learn from the experience.

I think that the landscape for medical students has changed a lot over the last twenty years. The traditional role of becoming a doctor, starting your own practice, and staying in that role for the entirety of your career is not as common as it once was. Things are much more dynamic and corporatised, so students will need to have a much more flexible approach. Therefore, ‘nothing is ever wasted’ becomes good advice if it may take a couple of tries to find their chosen specialty or career path.