Metastatic castrate resistant prostate cancer (mCRPC) is cancer that has spread outside of the prostate, and may continue to grow despite treatment. 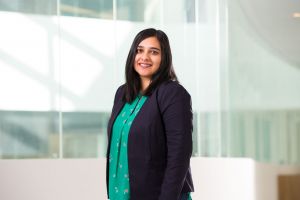 Traditionally, patients have received chemotherapy as the first line of treatment but as newer agents have emerged questions about cost-effectiveness of drug sequences have been raised.

The treatment sequences contain the drugs abiraterone (AA) and enzalutamide (ENZ), which are approved for first line treatment in mCRPC overseas but not yet in Australia.

Ms Pereira-Salgado said that the review explored whether the sequence the two drugs were administered in (AA followed by ENZ or vice versa) influenced survival outcomes, and which sequence had better cost outcomes.

“We looked at real world data studies of patients who had not received chemotherapy treatment, determining that patients who went from abiraterone as first line, to enzalutamide, had better survival outcomes.”

“While no head-to-head studies of costs were found, we hypothesise that giving AA followed by ENZ may be less costly. This is because time on treatment tends to be longer for a first-line treatment, and abiraterone is less costly than enzalutamide, when considering evidence of pharmacy costs and costs from a broader, prostate cancer related, total health care perspective.”

Current work is ongoing to investigate this hypothesis using a real-world registry, ePAD, in collaboration with Ben Tran and Arsha Anton of Professor Peter Gibbs’s team at the Walter and Eliza Hall Institute.