Professor Jon Emery has been awarded funding from the Victorian Cancer Agency to undertake a trial supporting informed decision making in the use of aspirin to prevent bowel cancer. 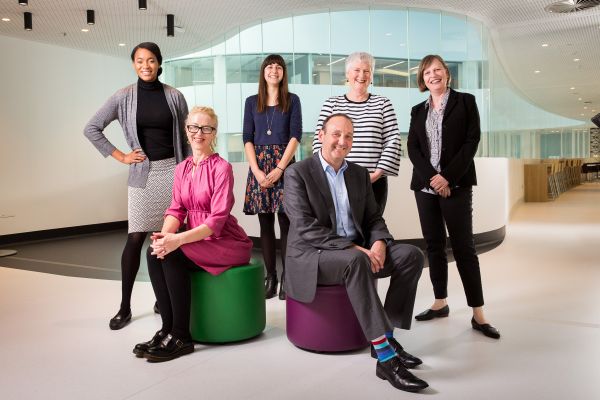 Aspirin can reduce the risk of dying from bowel cancer by 33% but it also has potential side-effects including stomach ulcers and strokes.

The 'Should I Take Aspirin?' (SITA) trial will test a novel decision aid in general practice, summarising evidence on the benefits and risks of taking aspirin and looking at its effect on making informed choices and patients subsequent use of aspirin.

Based within the University of Melbourne Centre for Cancer Research, Professor Emery's Cancer in Primary Care group conducts research examining the expanding role of primary care across the cancer continuum, including studies on cancer screening and risk-assessment, diagnosis and survivorship care.

This trial is underpinned by research from Professor Emery's group, including a study led by PhD student Peter Nguyen to evaluate risk communication methods for aspirin use in chemoprevention. The team developed the diagrams to illustrate the effects of aspirin to reduce the risk of developing bowel cancer in people aged 50 to 70-years-old.

Expected frequency trees showing the effects of aspirin on the incidence of events over 10 years of taking aspirin for at least five years in Australian men and women aged 50–70 years.

The Australian Government sends a free bowel cancer test to every person from the age of 50, however only 41% of people complete the test. The trial will send an SMS message by the patient’s GP that includes a video of someone describing their positive experience about bowel cancer screening to increase uptake of the bowel cancer test.

Professor Emery and Dr McIntosh received funding through the Cancer Prevention and Screening Research grants stream, designed to support research with a focus on cancer prevention and screening outcomes.

Minister for Health Jenny Mikakos announced 22 grant recipients on World Cancer Day for discovery of new breakthroughs in cancer prevention, treatment and care with a focus on improving screening rates.

“When it comes to cancer, we know early diagnosis is the key to survival,” she said.

“Victoria has some of the best cancer survival rates in the world – but everyone has the power to reduce the impact of cancer for themselves and their families by getting screened.”

“The fight against cancer is far from won, which is why we’re supporting the next generation of cancer researchers and fast-tracking new breakthroughs in cancer treatment and care.”